In the second instalment of our Art Series, we speak to German artist Michael Müller. His work, ‘Namib’, will be on display in our Whampoa store from April to June 2020. As part of his Glass Series, Namib extends beyond the canvas, glass and frame, inherently making it a sculpture. Simple at first sight, there is a physical, as well as metaphorical depth, as you peer closer in. It reminded us of NOC’s culture – on the surface there is minimalism, but behind the scenes there is complex undertakings to curate that simple facade. Of all of Michael’s versatile works and mediums, we have chosen this one as an introduction to his complex mind. To give some additional context to this beautiful work, we had to find out more, both of the work and the man. 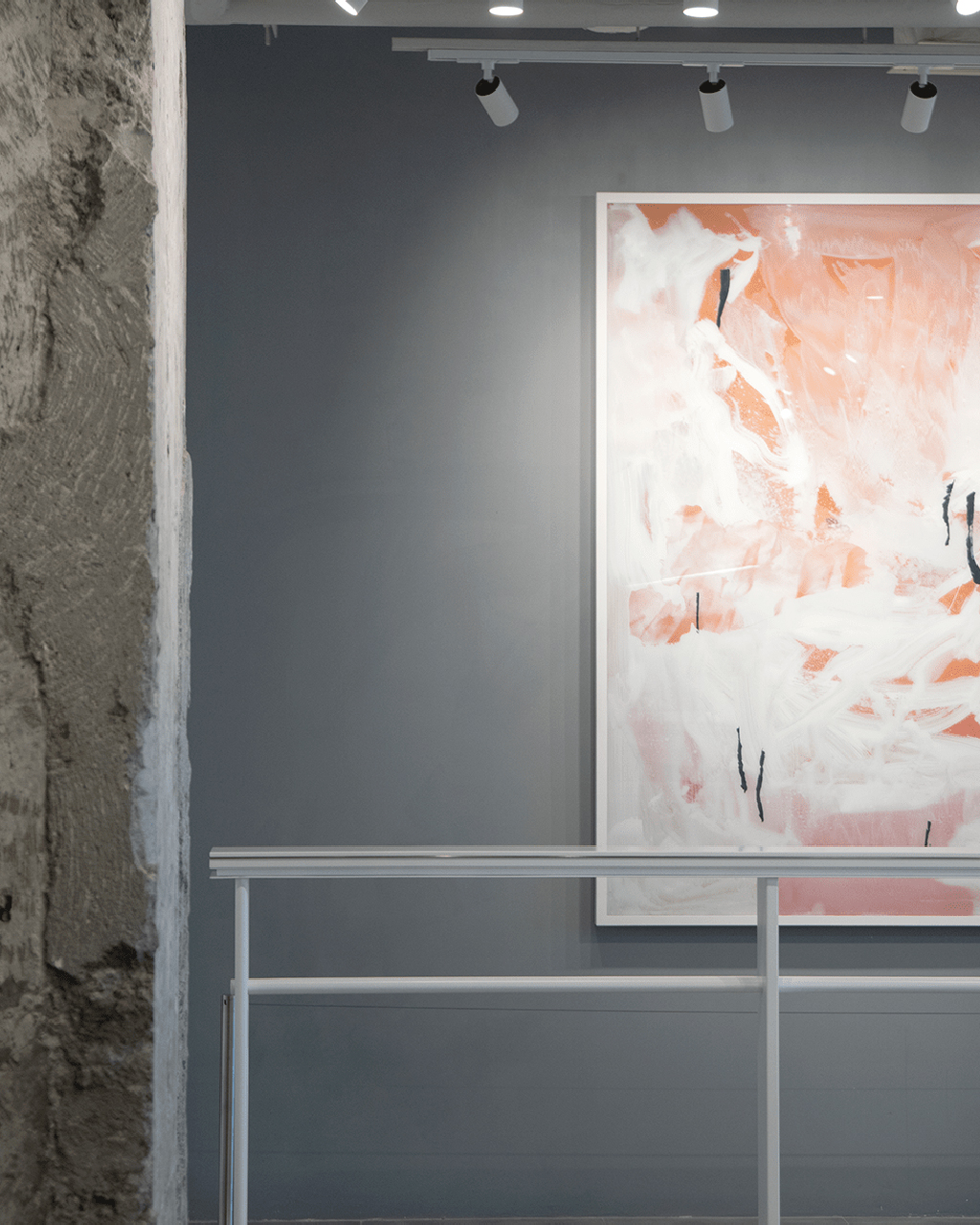 We understand that you spent 10 years in Asia after University and this was instrumental in forming Michael Müller, the artist. Where did you go and why was it important for your development?

My name is a very typical German name. It is almost like a collective term. But when my first name is articulated in English, the pronunciation shines a different light into my family history and biography. My maternal grandmother was Indian. My grandfather served in the British Army based in India and fell in love with her. This love story turns the German “Meikel” into an English Michael. Unfortunately, my grandmother passed away when I was very young so I did not have a chance to discover more about her Indian origin.

At the age of 15, I heard an Indian Raga by chance, and this foreign music seemed strangely familiar to me. While the rest of my family felt indifferent about Indian culture, I was intrigued. I visited India for the first time after graduation. Countless trips to the Indian subcontinent and the neighbouring countries followed. I met several Tibetans in Nepal and was fascinated by their mentality, which ignited my desire to explore the region further.

After spending a year of my life in the Alchi Monastery in Ladakh, Kashmir (a former kingdom in the High Himalayas, west of Tibet) – I finally visited Tibet and it was one of the most significant trips of my life. The pilgrimage to Mount Kailash was instrumental to the formation of my artistic identity. I was confronted with a dilemma: The Buddhist concept of letting go of one’s ego, against developing my unique artistic identity. There were two paths in front of me and I had to choose. Which one I chose is self-explanatory, but much of what I learned in the monastery and during this trip has not only led me to where I am today as a person, but also as an artist.

Today, I do not believe in the idea of having a “cultural identity”, or perhaps the concept of “identity” in general. After all, identity is just a product. It is made up – a tool abused by people. 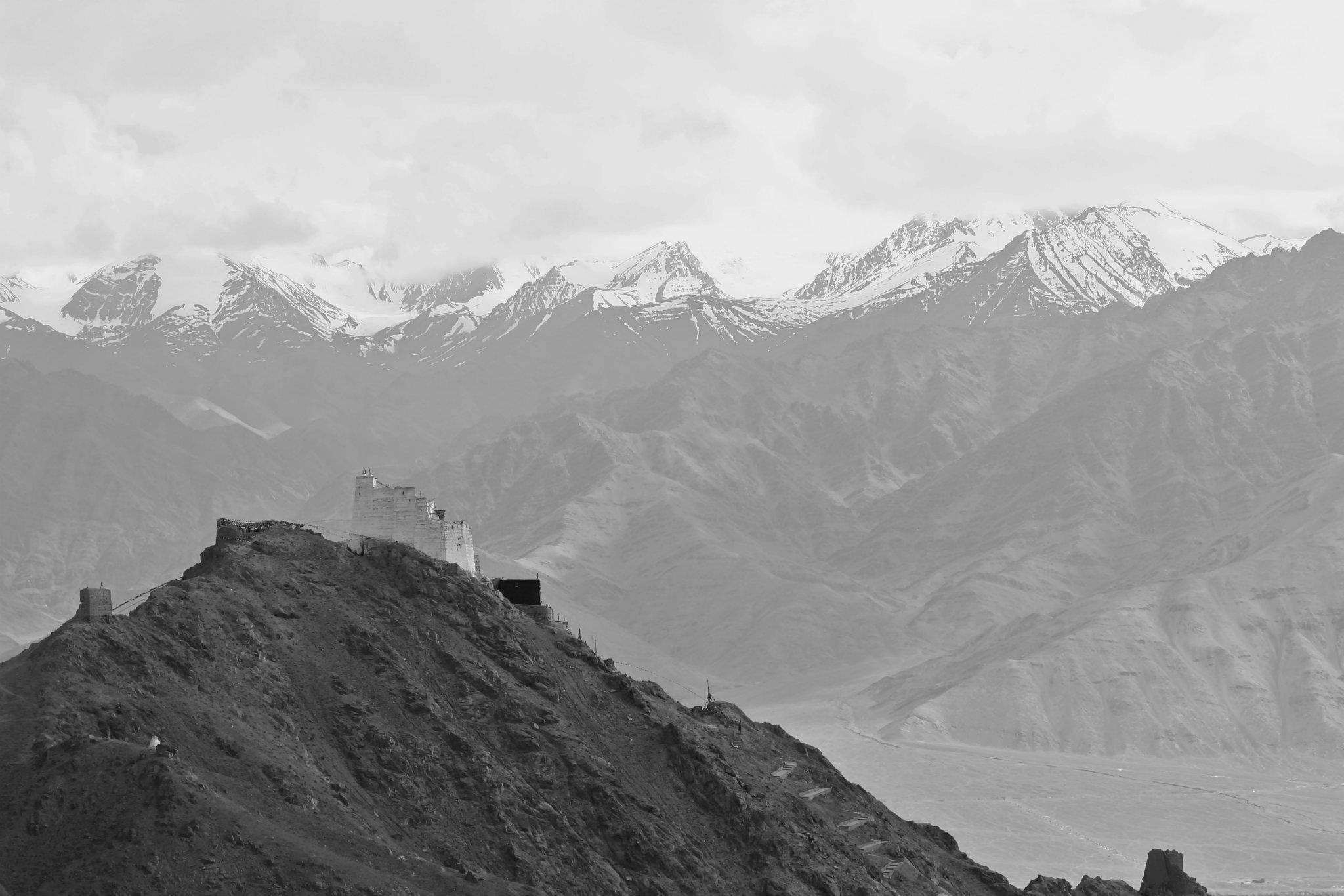 For you, does art help form, or simply reflect, society?

I wrote this in my notebook two days ago:

Art provides us direction to search for answers, through a painful thought process that may involve the idea of violence and rejection.

Humans are not only a product of nature and biology. We are also constructed by culture. Art connects man with their humanity – these two are almost mutually dependent.

The idea of violence is formulated as a biological immutability that man must surrender to – but humanity liberates man from this idea. Too often we seek to justify violence as something from the outside world, but violence is indeed part of our nature.

The non-violent portrait is a deceit. Violence is in our genes, it exists deeply within us.

And art lets us step out of it.

Michael Müller at work in his Berlin studio

Can you tell us a bit more about your Glass Series, of which Namib is part of.

It all started with a window. A window brings in light and it allows us to look from one place to another. Transfer this idea onto my work, the painting opens up a glimpse into another world. The series “In Front of and Behind the Glass” questions the point of view and the weaving of space and time.

This series of work originated from my drawings. Ultimately, one could say the “framing” brought paintings back into my life. Over a period of almost 20 years, I was devoted to drawings. Due to their material sensitivity, they require special framing for protection. In one of my last great drawings, the sheer size demanded a new solution. Instead of a passepartout (a picture or photograph mounted between a piece of glass and a sheet of card (or two pieces of glass) stuck together at the edges with adhesive tape) made of paper, it was painted directly on the back of the glass. Out of this need, new possibilities were created in terms of the shape and color of the painted passepartout. And this brought me back to painting.

In this series of works, the focus is on the investigations and confrontations with the medium of painting and, above all, on the question of the possibilities of thinking and shaping a relationship between the images and the space surrounding them. In painting the glass, which normally protects the painting from its surroundings and simultaneously reflects it, the reflective properties of the glass become an integral part of the painting. 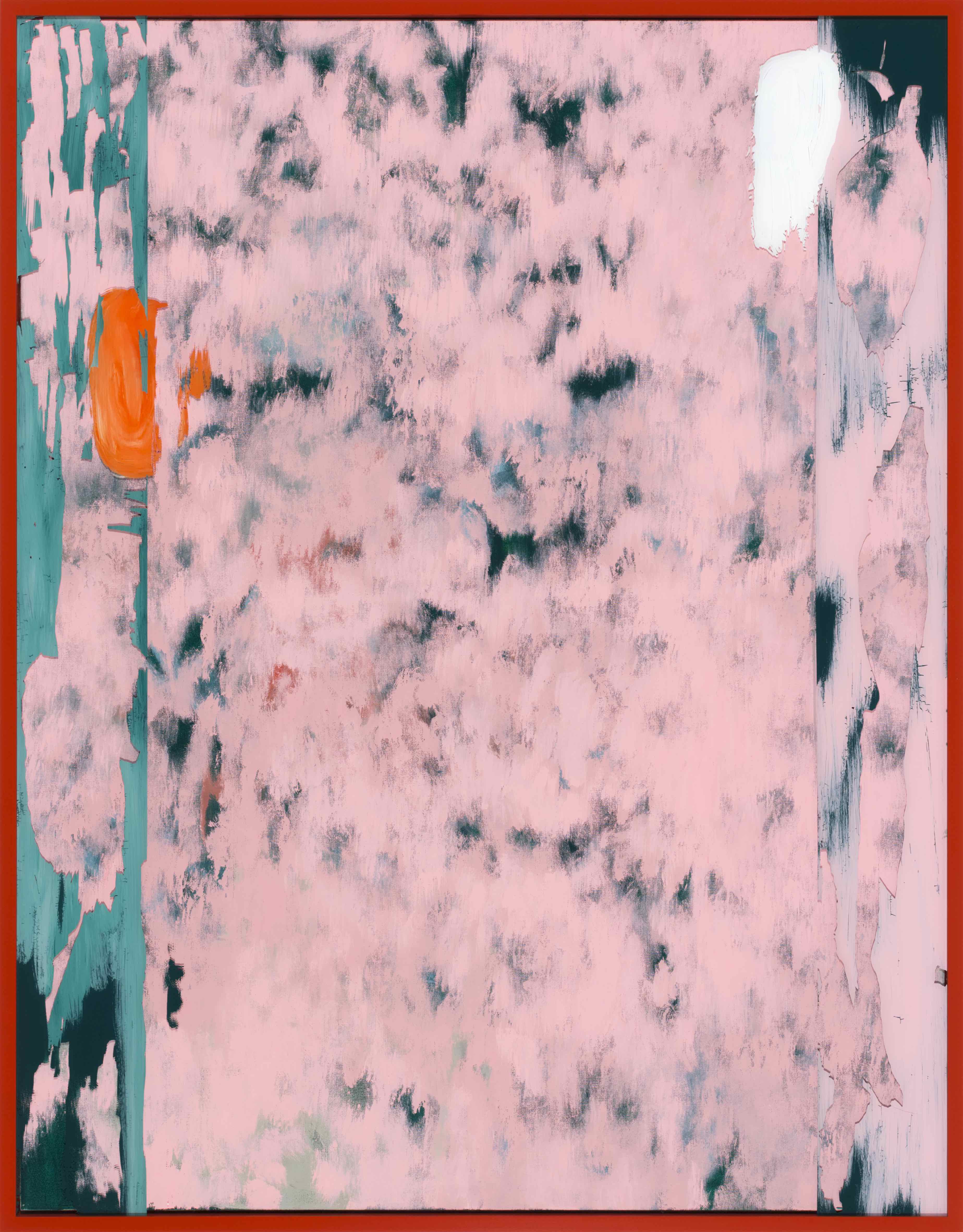 'Tokyo', part of the Glass Series by Michael Müller, courtesy of The Quiet Collection and Galerie du Monde

How does this actually materialise on the work itself?

Depending on the viewer’s point of view, the different layers of paint appear to have been applied in front of and behind the glass. At the same time, the transparency of the glass and the colour on the glass provides the possibility of integrating the space behind the painting into the image. Thus, in varying light conditions, the shadow of the colour surfaces also become part of the work and give it not only the virtual depth generated by colours and shapes, but also an actual, physical one. The image is neither a pure static image nor an object. With the change in the viewer’s point of view, the process-like nature of painting is made visible. 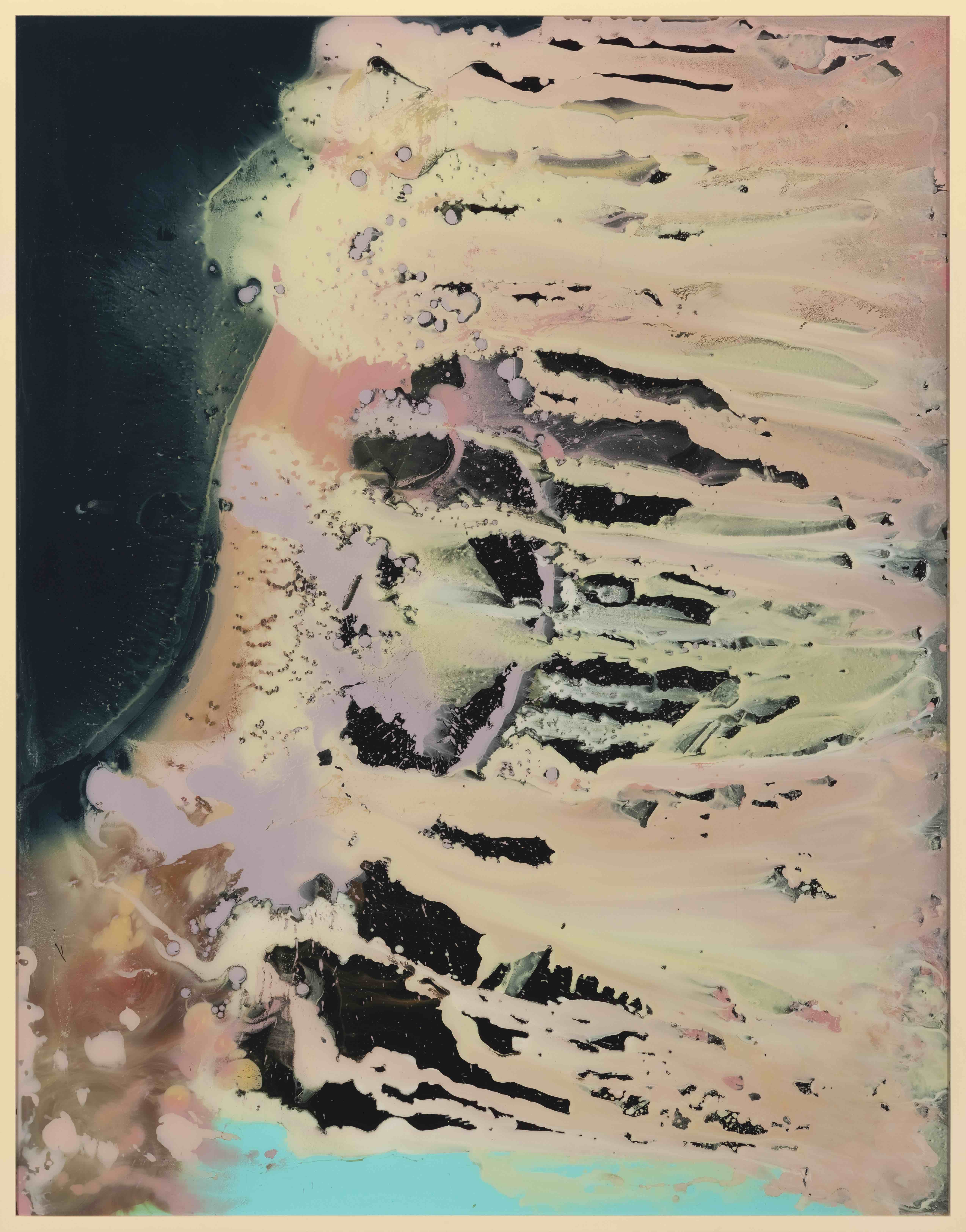 'Levante', part of the Glass Series by Michael Müller, courtesy of The Quiet Collection and Galerie du Monde

In Namib, the gestural brushstrokes in blue-black colour seem to overlay the painting. In fact, they were the first to be painted through the rear image structure onto the glass pane. On the back, openings are then carved again with a scalpel, which in turn are filled with paint. These colour wounds break the usual chronology of painting. The strokes are reminiscent of the Unärsystem, a simple version of the addition system. Prisoners count with them the days of their captivity, or at least it is what we see in movies. Thus, the stroke – as a motif, brings time into play. 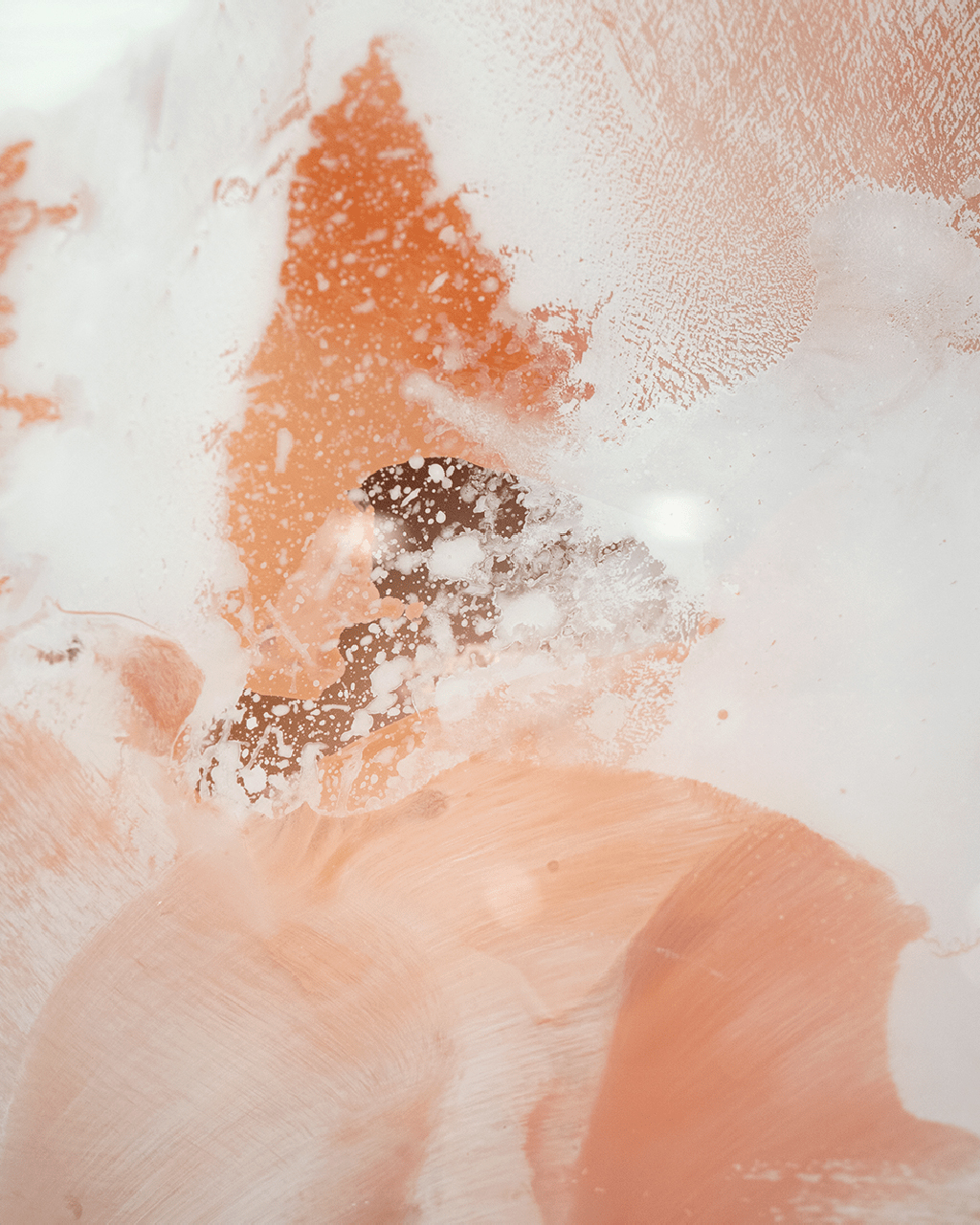 Was there a process you followed for Namib, or is it a new approach each time you paint?

All the paintings in the series share something in common, otherwise it would not be a series, but specific features are brought into focus in each individual work. In Namib, I investigated more deeply the application of paint. There is the touched and the untouched paint application – sometimes the colour is merely flat, sometimes the paint is applied onto the canvas or glass with gestural brushstrokes. This interplay is particularly evident in the white paint in Namib. The second aspect is the opacity of the colour: the white paint appears from almost transparent to fully opaque in Namib. 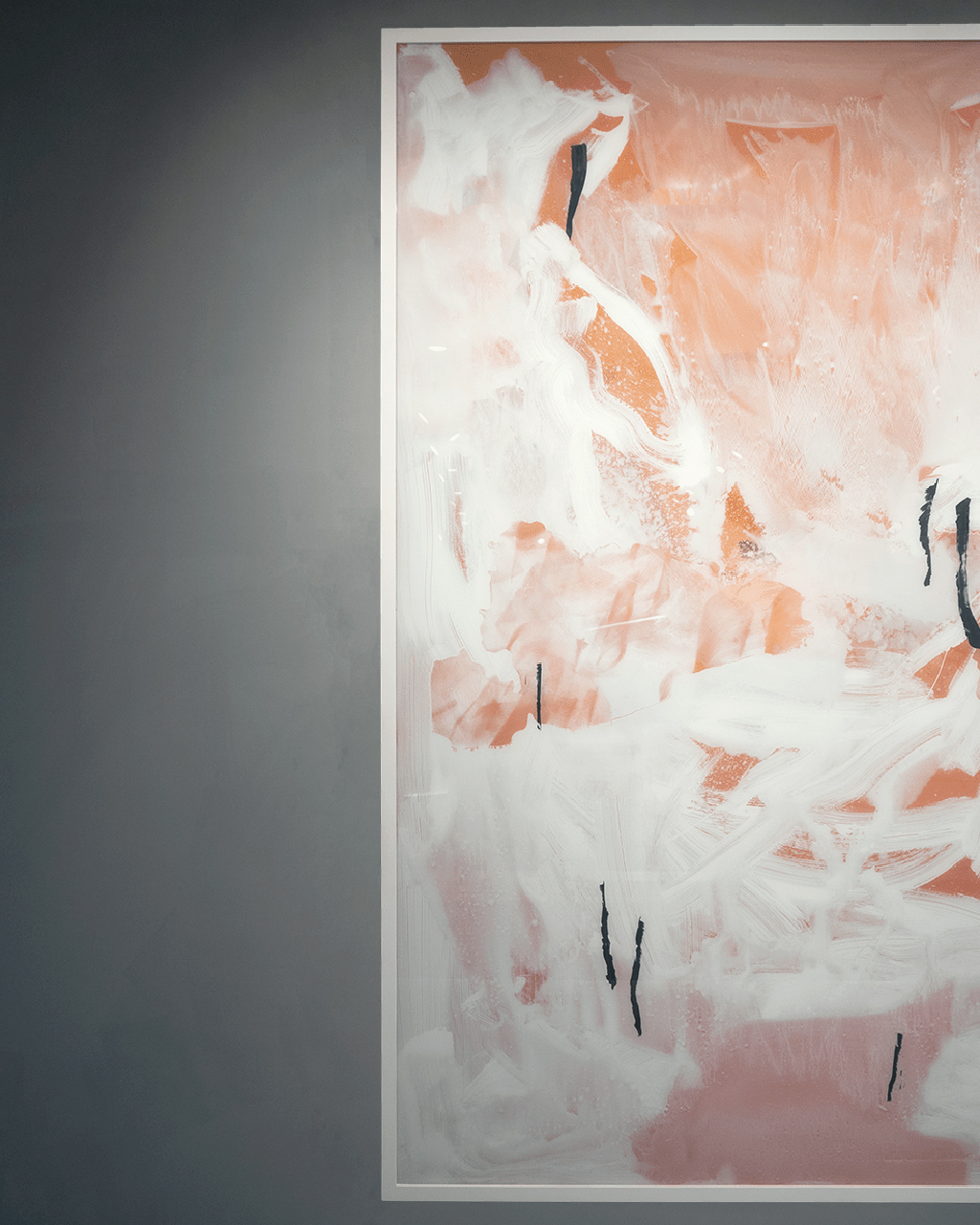 Having visited Hong Kong a few times, what is your impression of the city?

At first, Hong Kong was just another cosmopolitan city to me and I was not able to relate it to Chinese culture. Today, when I visit Hong Kong, I feel very comfortable. I have many Chinese friends and the energy of the city is electrifying. Many things in Hong Kong seem familiar, yet at the same time foreign. If the cost of living was not so incredibly expensive in Hong Kong, I would open a studio here immediately. Hong Kong is still one of my favourite cities, despite all the problems this city is currently facing.

Is it true you used to run a coffee shop?

Yes. At that time, I needed financial support and one of my friends was opening a coffee shop in Hamburg, and I became a business partner. After a year and a half, the coffee shop business became very successful but I parted ways to dedicate myself fully to being an artist. Success is sweet but it is also a dangerous drug. As an artist, I believe it is important to know that success comes and goes. We should be self-sufficient.

Lastly, but by no means less important, how do you take your coffee?

Very differently throughout the day – I start my morning as a French, at noon I am Dutch and in the evening I am an Italian. That is how I take my coffee.

This article is is the second part in the NOC Whampoa Art Series. You can read the first instalment featuring Turkish artist Kemal Seyhan here.

Below are some further works by Michael Müller, courtesy of the artist himself, The Quiet Collection and Galerie du Monde. 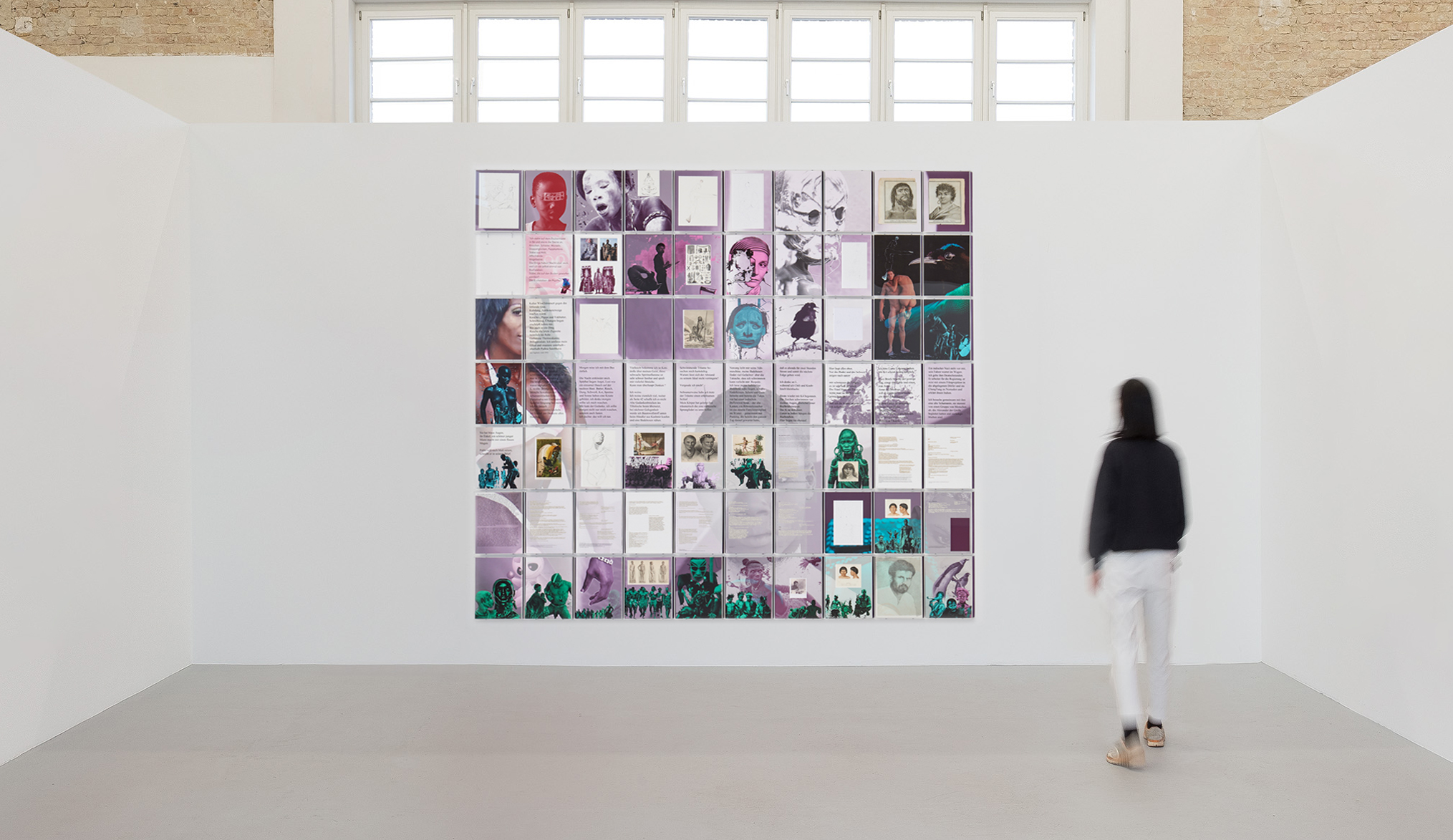 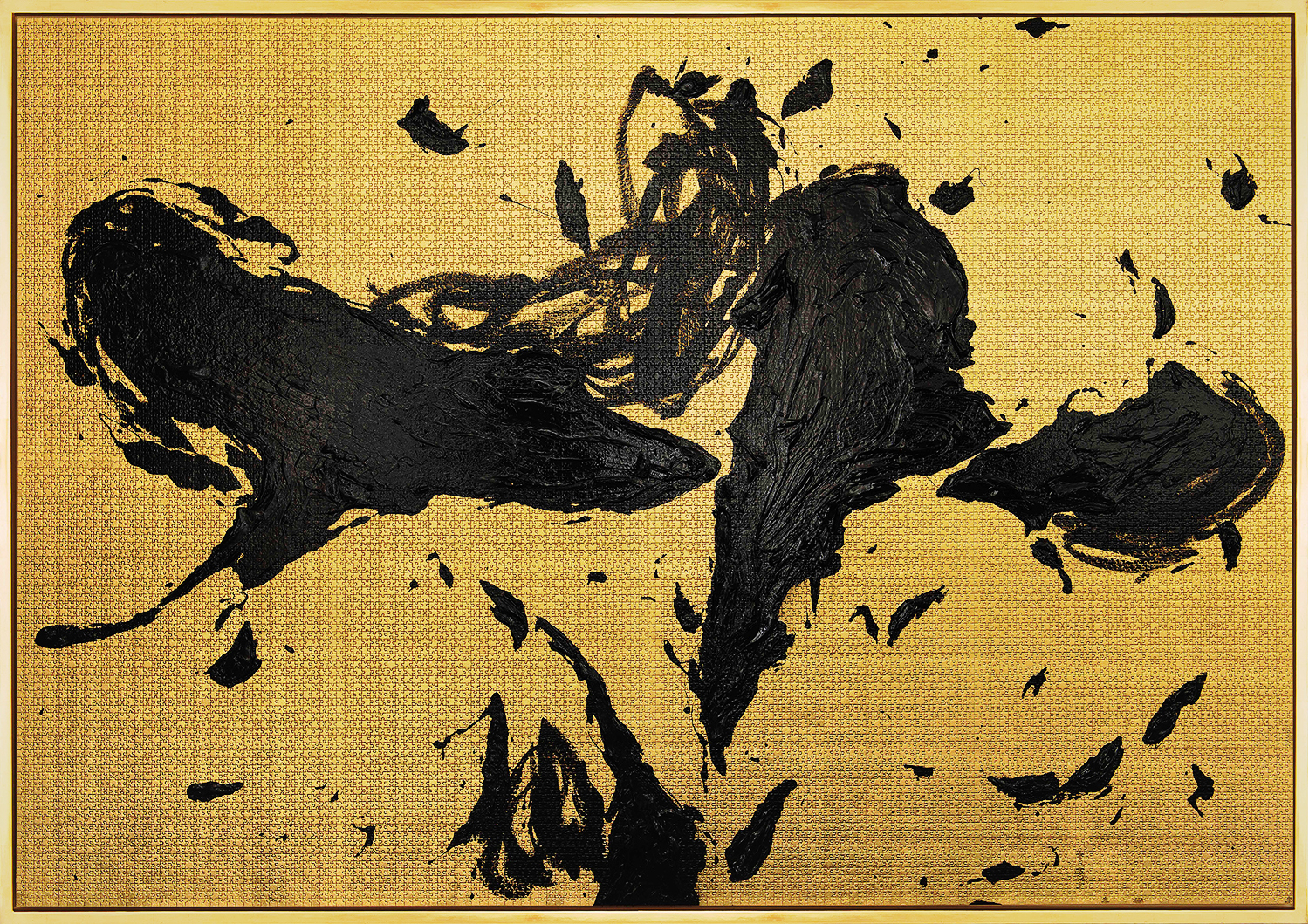 'The Collapse of Beauty'

Guide to Independent Businesses in Whampoa and Hung Hom