Other than used paper filters and the occasional plastic lined packaging, used grounds are about the only leftover residues we produce when brewing coffee at home. Giving those residues a second life, or letting them turn into waste is entirely up to you. In fact, there are plenty of reasons to keep that black, scrubby powder around and not just toss it into the garbage or down the drain. In this week’s post, we’ll not only review those health-boosting applications of coffee grounds, but we’ll also explore some of the most creative and sometimes even bizarre uses that people around the world have put them to. 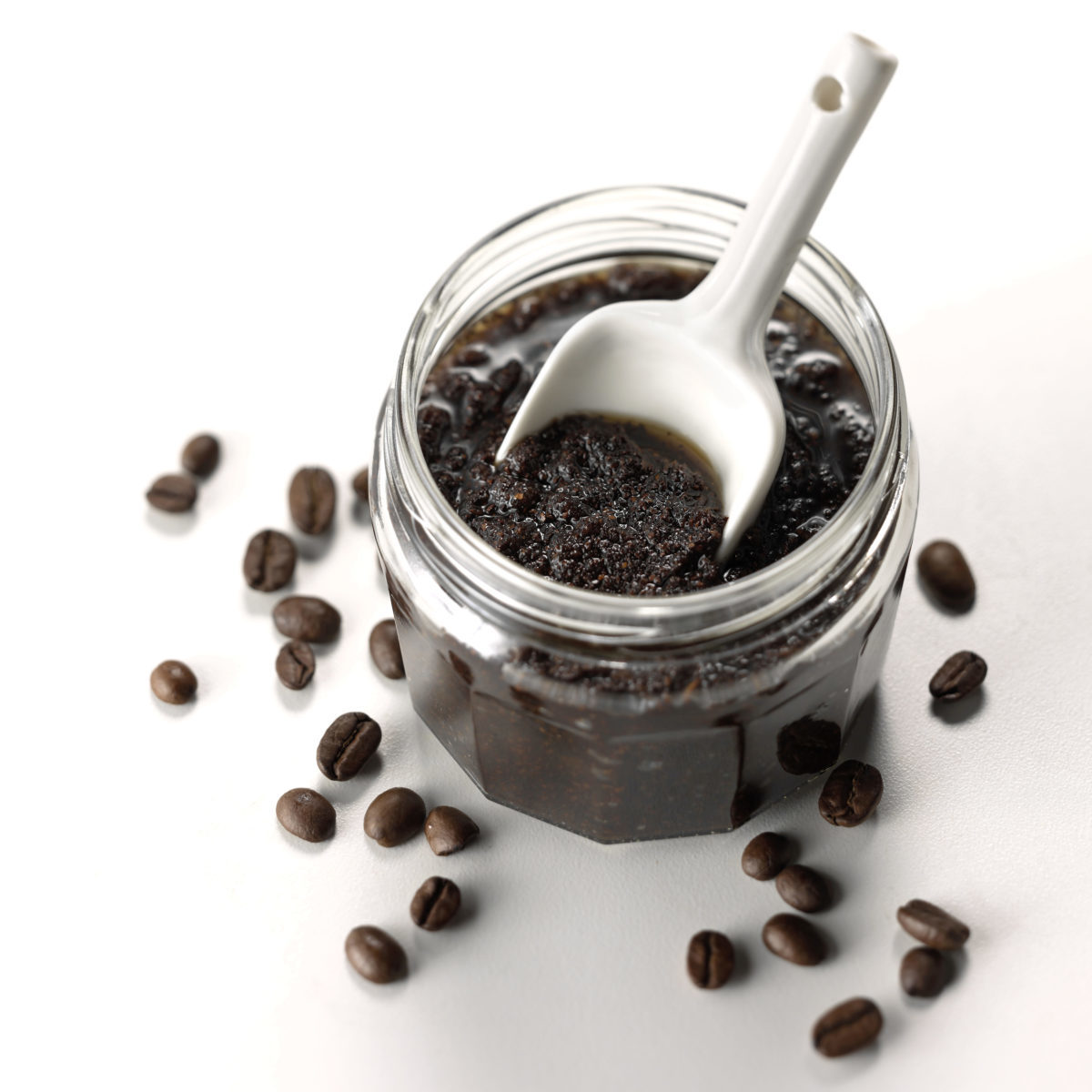 Apart from being abrasive and exfoliating, used coffee grounds still retain a part of their original chemical composition, which means that they still have some caffeine and other compounds left in them. These two qualities have been used by women and men around the world to take advantage of caffeine’s topical health effects (by topical we mean when applied externally over the skin). Some of these effects include reducing inflammation, increasing blood-flow and even preventing cellulite, all of which are backed by science.
In the most common applications, people mix the coffee grounds with a thick agglutinating agent such as honey or pure coconut oil in different proportions, and then apply it to the skin in different parts of the body:

-Sometimes they will apply it gently to the bags under the eyes, where caffeine’s anti-inflammatory effect helps soothe and reduce baggy eyes

-Finally, the most common application is to use this paste as an exfoliating agent, rubbing it energetically on the skin until a fresh and soft new layer of skin emerges from under the removed dead skin cells.

These applications all cater to a healthier skin, and not just because of the coffee grounds themselves, but because of the additional benefits that coconut oil or honey bring with them.

#2 Combatting Fleas and Tics in your pets

Whether or not this really works is yet to be determined, because there’s no scientific evidence to support the claim that fleas flee from caffeine or coffee grounds. However, some mixed coffee/dogs or coffee/cats enthusiasts like to rub their beloved pets in moist, used coffee grounds just before they use their regular shampoo to bathe them. They believe that the coffee grounds repel those annoying little critters, and not only that, but they also believe that the caffeine helps them have a healthier shinier coat of hair.

In any case, I think we would all prefer our dogs and cats to smell like coffee than to smell like… dirty dogs and cats. I’m not too sure I’d try that on a Yorkshire terrier or on a French poodle, though. Rinsing the grounds off could be just as tedious as removing the fleas by hand. Maybe on a short haired breed like a boxer or a bulldog? I’ll leave that for you to decide! 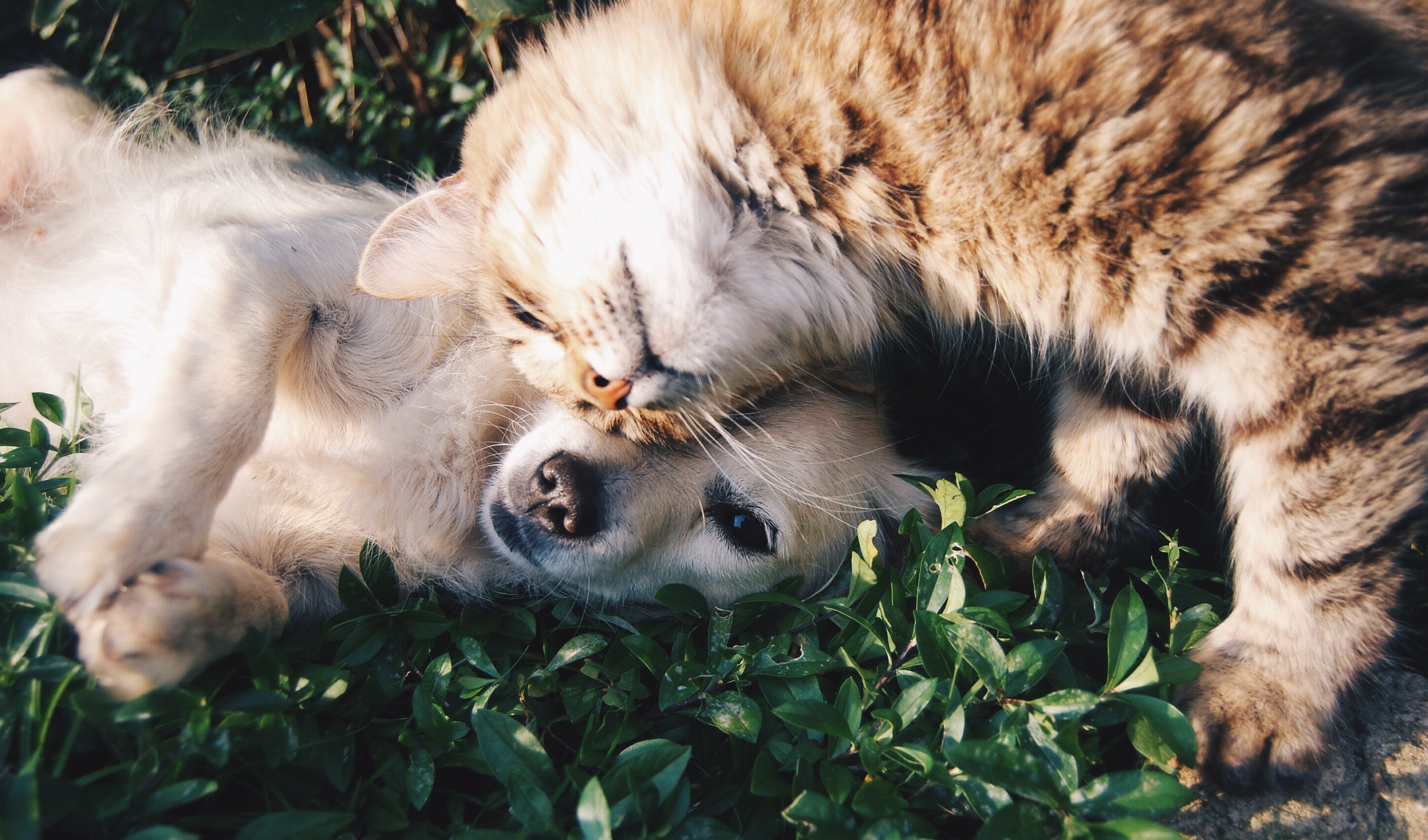 Let me tell you a little story. Once during a long power outage, we had a freezer break down at home and we didn’t realize until the smell caught our nose. It was Mission Impossible to wash the stench off, but after remembering that I had just brewed a pot of coffee, I ran into the kitchen, put the used grounds in an open jar, I put the jar inside the freezer and sealed it shut. A couple of hours later the difference was already noticeable, and only a couple of days later we were able to start putting food inside the freezer again.

Using coffee grounds as an odor absorbent can be really effective! And there’s a reason too. Coffee grounds are made up of many very small particles, and the smaller the particles, the higher their collective surface area. But what does this have to do with odors? Well, these small particles act like a sort of sponge that absorbs the organic compounds that give many things their peculiar smell. Fish, meat, rotten eggs, dirty socks, mold… you name it; they all produce some substance that causes the bad smell, and most of these substances are organic compounds. Since there’s so much surface area in coffee grounds, there are a lot of places where these compounds can “stick”, and thus be eliminated from the surrounding air.

You can also dry the grounds and put them inside a stocking or a small fabric bag that lets air flow through it, and then put this bag wherever you want to eliminate or prevent bad smells like inside your car, in the wardrobe, where you keep your shoes, your dirty laundry, etc. 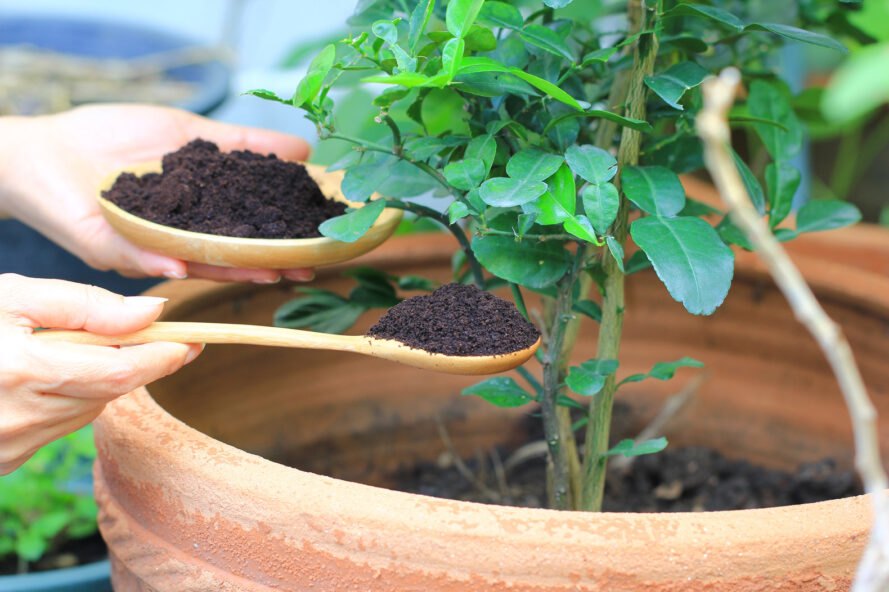 There are actually different ways to use coffee grounds in the garden. One way is to compost it along with other leftover food and vegetables in order to make new, rich and nutritive soil.
The other way people also use the grounds is as a barrier against ants and other pests that attack your flowerbeds. This is based on the same assumption that some insects don’t like the bitterness or smell of caffeine or coffee in general, so by sprinkling coffee grounds in a circle around each plant, you’re protecting it from those kinds of pests. But of course, it won’t be effective against flying insects, so you still have to keep an eye out for those.

Yet another example of coffee grounds’ abrasiveness in action. By applying the grounds as a paste and scrubbing, they can help remove some hard to tackle stains as well as stuck or burnt leftover food in your pans. The good news is that, since the grounds are softer than the metal, ceramic or Teflon linings that most modern pans have, they won’t leave any scratches behind.

If you’ve ever had to put your hands inside your car’s engine compartment, then you’re definitely familiar with how hard it is to remove those black stains left on your hands after you’ve been in contact with dirty grease and oil. A great and effective solution is to mix a mild powdered detergent or a good, strong liquid hand soap with coffee grounds and rub your hands with it after adding only a bit of water. You’ll be surprised at the result when you rinse it all off: a sparklingly clean pair of hands. You won’t have to look like a mechanic ever again.

Those are just some of the many things that people have used coffee grounds for. There may be other uses but one thing is clear: you should think twice before you throw them away.