Coffee Tycoons around The World

The biggest coffee producing countries by volume include Brazil, Vietnam and Colombia. There are also countries like Panama and Jamaica that produce a lot less, but with much better quality. But have you ever wondered who actually produces all that coffee in those countries? Who are the biggest coffee tycoons out there?
When you try to answer this question, you have to consider that coffee is a huge business and millions of people around the world have made it their primary source of income. However, as in any industry, some are more successful than others, and there are always really big names that stand out from the crowd. Here is our roundup of the biggest, most successful coffee producers in the world. They made this list because of either their overall production volume, or the quality of their beans.

The OG coffee Tycoon, Carlos Leôncio de Magalhães was one of the Coffee Kings in Brazil during the beginning of the 20th century. He became the richest farmer in Brazil when he bought the Cambui Farm, an estate of nearly 240 square miles (around 60,000 hectares) that produced roughly around 8 million pounds of coffee per year! When he sold it to foreign investors some years later, it was the most expensive property ever sold in Brazil. 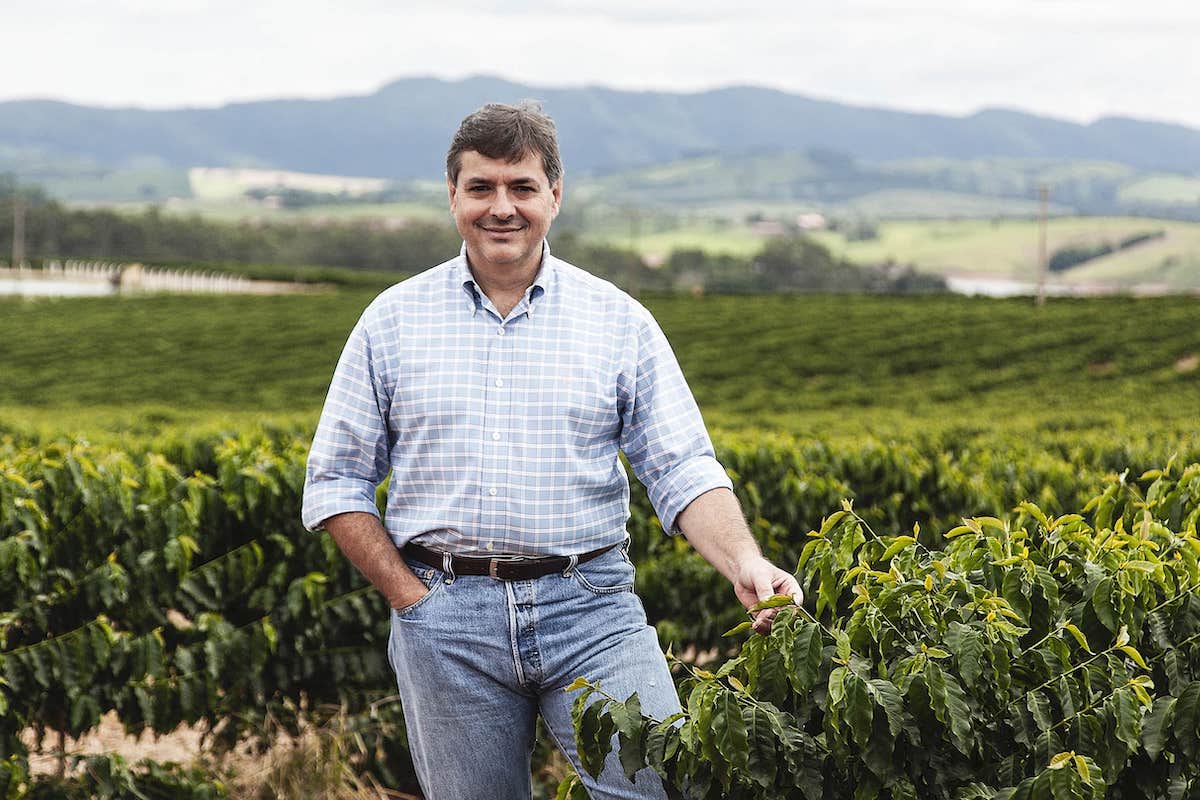 Ipanema Coffees is the biggest international specialty coffee producer in the world. It’s located in the south of Minas Gerais, one of the largest coffee producing regions in Brazil. The company was established in 1969 as a local coffee supplier and entered the international market in the early 90s. With over 14 million planted cafetos spread across three fazendas (read coffee farms) that sum almost 6,000 hectares, they had already managed a staggering sum of over 250 million pounds of exported green specialty coffee beans by the end of 2016, nearly all of it being natural processed 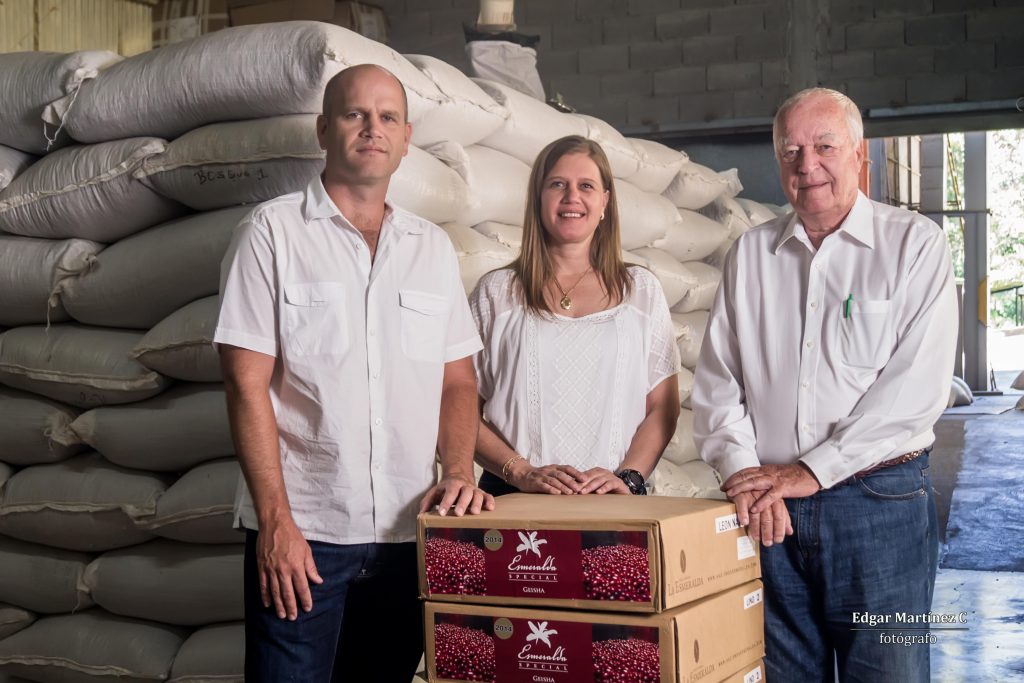 The Peterson Family from “Hacienda La Esmeralda” in Panama

Regarded by many as the best coffee in the world, the La Esmeralda Geisha coffee puts the Peterson family high in the list of our coffee tycoons, even though the size and production volume of their property is very modest.

Rudolph Peterson founded the Hacienda La Esmeralda estate over 50 years ago. La Esmeralda coffee beans are known the world over, and are particularly famous for its Geisha variety, discovered in 2004 by La Esmeralda founder’s grandson, Daniel Peterson. It’s an estate made up of three coffee farms: Jaramillo, Cañas Verdes and El Velo. Volcanic soils in Panama’s mountains, with both Atlantic and Pacific Ocean contributions to the microclimates of each farm, allow the Peterson family to produce very distinct types of Panama Geisha coffees.

After winning The Best of Panama several years in a row thanks to the discovery of the Geisha beans, La Esmeralda started their own private auction to sell their finest lots. In the most recent auction last June 2019, the top cupping lots sold for an incredible $163 per pound. 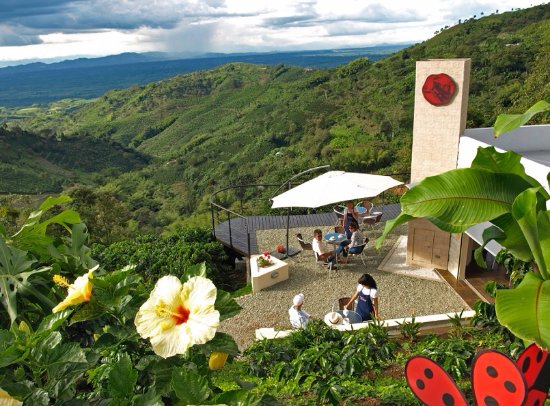 The Leyva Family of the “Hacienda San Alberto” in Colombia

As the most awarded coffee producers of the third largest coffee producing country in the world, the Leyva family more than deserves a spot on this list. The estate is located in the Buenavista municipality of the Quindío department in Colombia. It has a very humble 40 hectares with around 200,000 planted cafetos of the Caturra, Castillo and Geisha varieties.

Café San Alberto holds over 12 international awards including more than six gold stars from the International Taste & Quality Institute, multiple gold medals from the Belgian Monde Selection and more. The key to their success, apart from the excellent climatic and soil conditions of the farm, is a quintuple selection process that ensures that only the finest beans reach every cup.

San Alberto Coffee is one of the producers that give Colombian coffees their renowned fame. 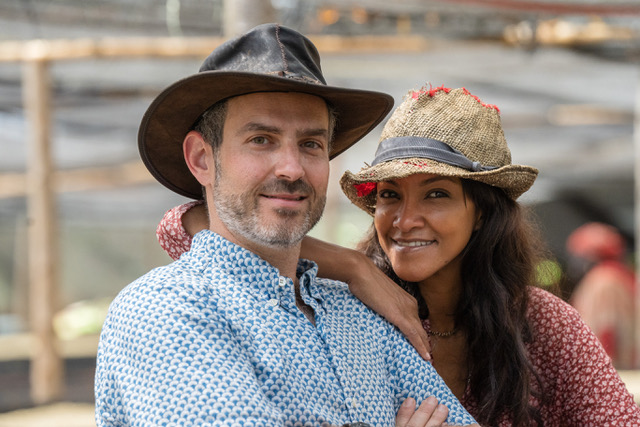 A dream that started in 2007 while making a documentary about Ethiopian coffee, turned into reality when Adam Overton and Ethiopian-born Rachel Samuel bought a 471-hectare lot of virgin jungle in the Bench Maji zone, right next to the birthplace of Geisha coffee. They started their farm from the ground up with a single goal in mind: producing the best coffee possible. They definitely succeeded and they’re becoming bigger every year. Last year alone, their finest Ethiopian Geisha coffee commanded a price of $105/lb in what was the second private coffee auction in the whole of Africa. In the recent 2019 auction last June, things got even better, as the best lot sold for almost $120/lb.

Adam and Rachel mainly produce washed coffees. With over 700,000 planted cafetos and a strong, educated view on sustainability and social responsibility, they are a clear example of what’s right in the coffee industry.

Mindfulness through a Pourover Coffee