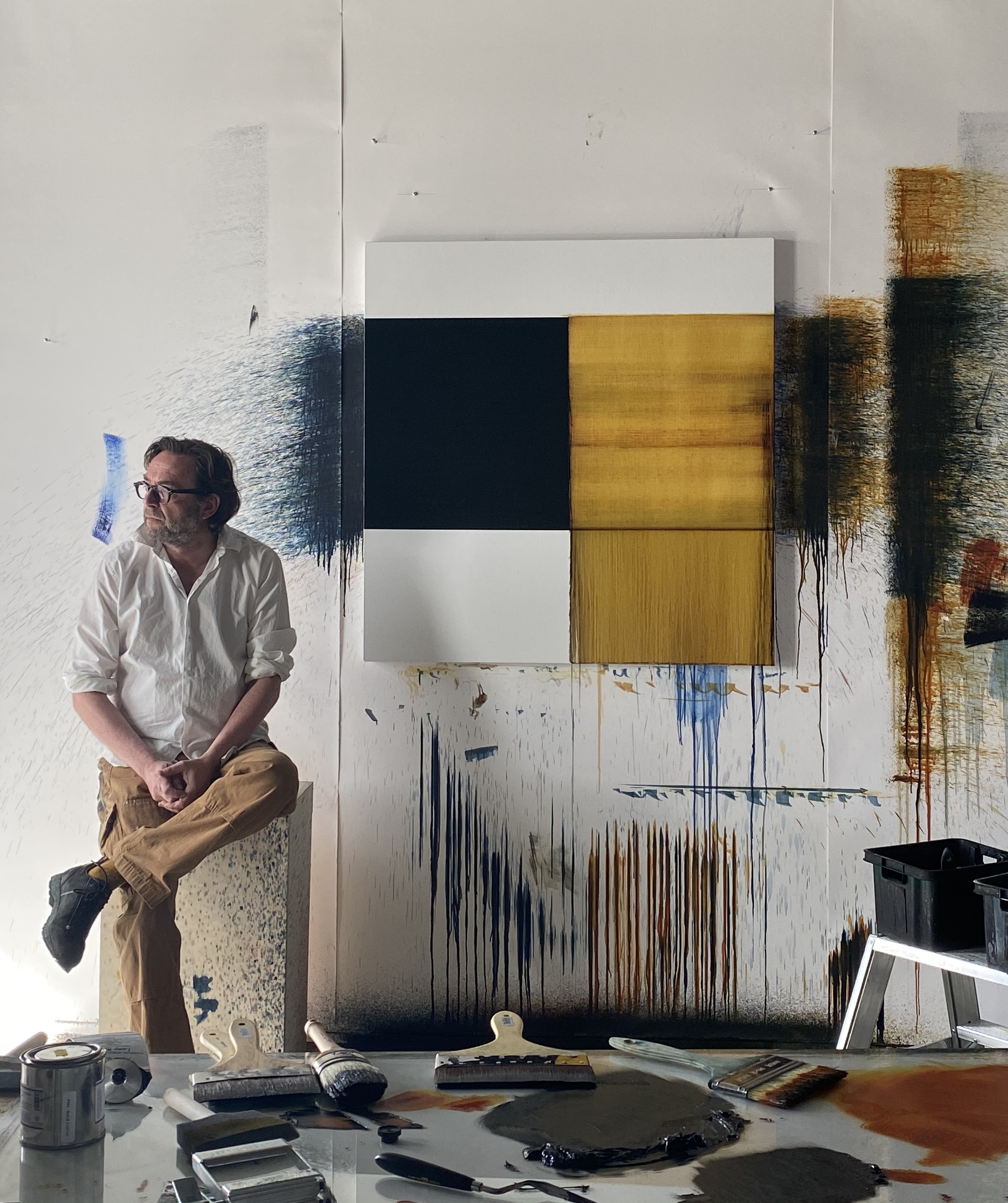 In the third instalment of our Art Series, we speak to Scottish abstract artist Callum Innes. His work, ‘Exposed Painting Oriental Blue – CI 71 2018’, will be on display in our Whampoa store from October to April 2021. 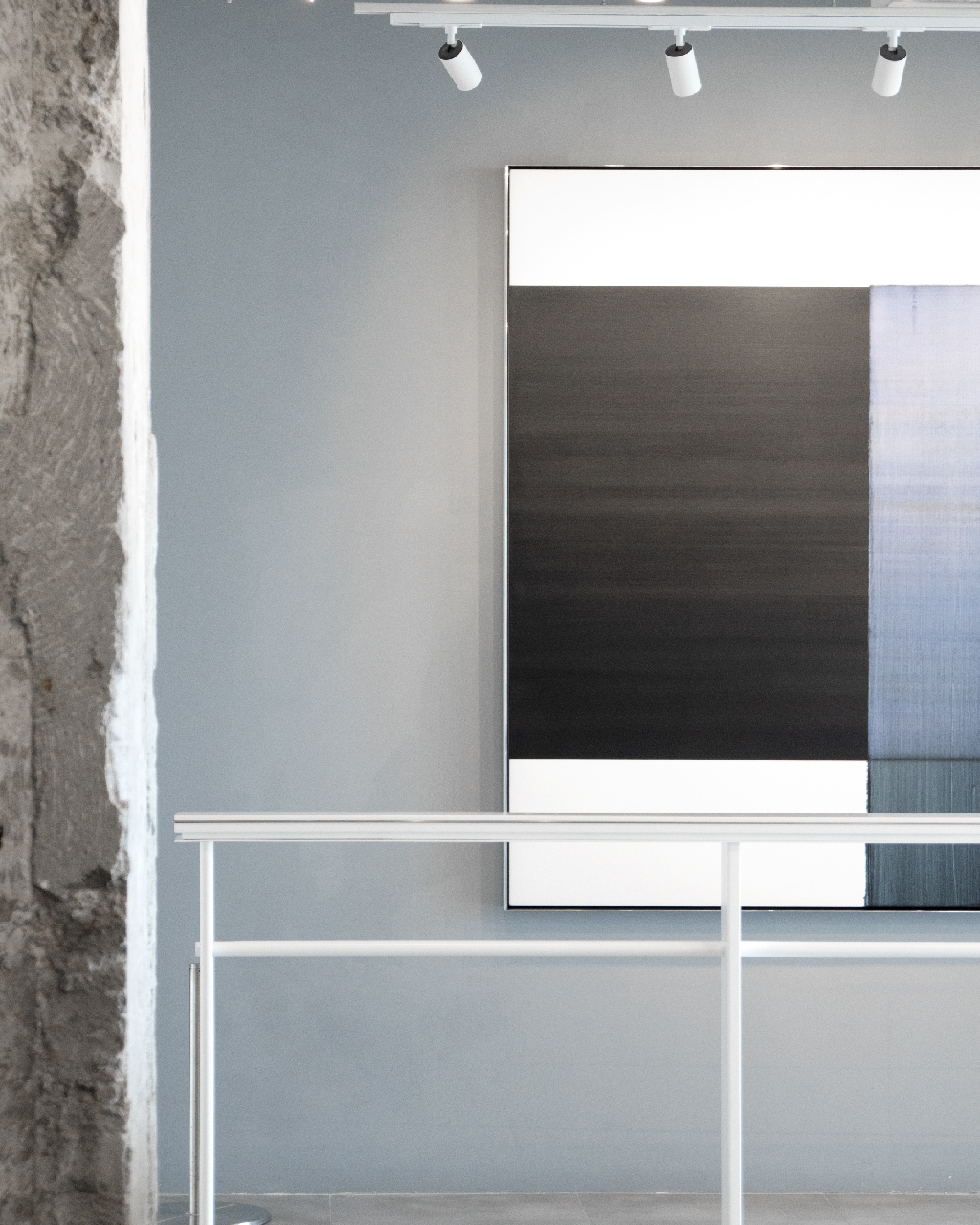 As one of Britain’s most celebrated abstract artists, can you take us back to the beginning of your journey and describe what led you to discover and create your unique style of painting.

While at art school in Amsterdam, I was making large, expressive, narrative paintings – rather self-indulgent if I’m honest – objects of desire. The big change really happened during my time living in Berlin where I began to take the figures out of the painting. I cleaned everything out and started from nothing. The seismic shift that sticks in my mind was when I was studying liner drawings of plants. I took a liner drawing of a wild cucumber plant and sunk the image, so the object’s imprint became part of the corrugation. In one fell swoop, I got rid of the artist’s gesture, the artist’s hand, and I created something for the first time that had its own intrinsic history. That concept – of creating a first mark, an image, and then dissolving it on the fabric – has really formed the fundamentals of my early work. I like to retain an element of human fragility and, in the work, a possibility of failure. That, for me, is what makes an artform beautiful. 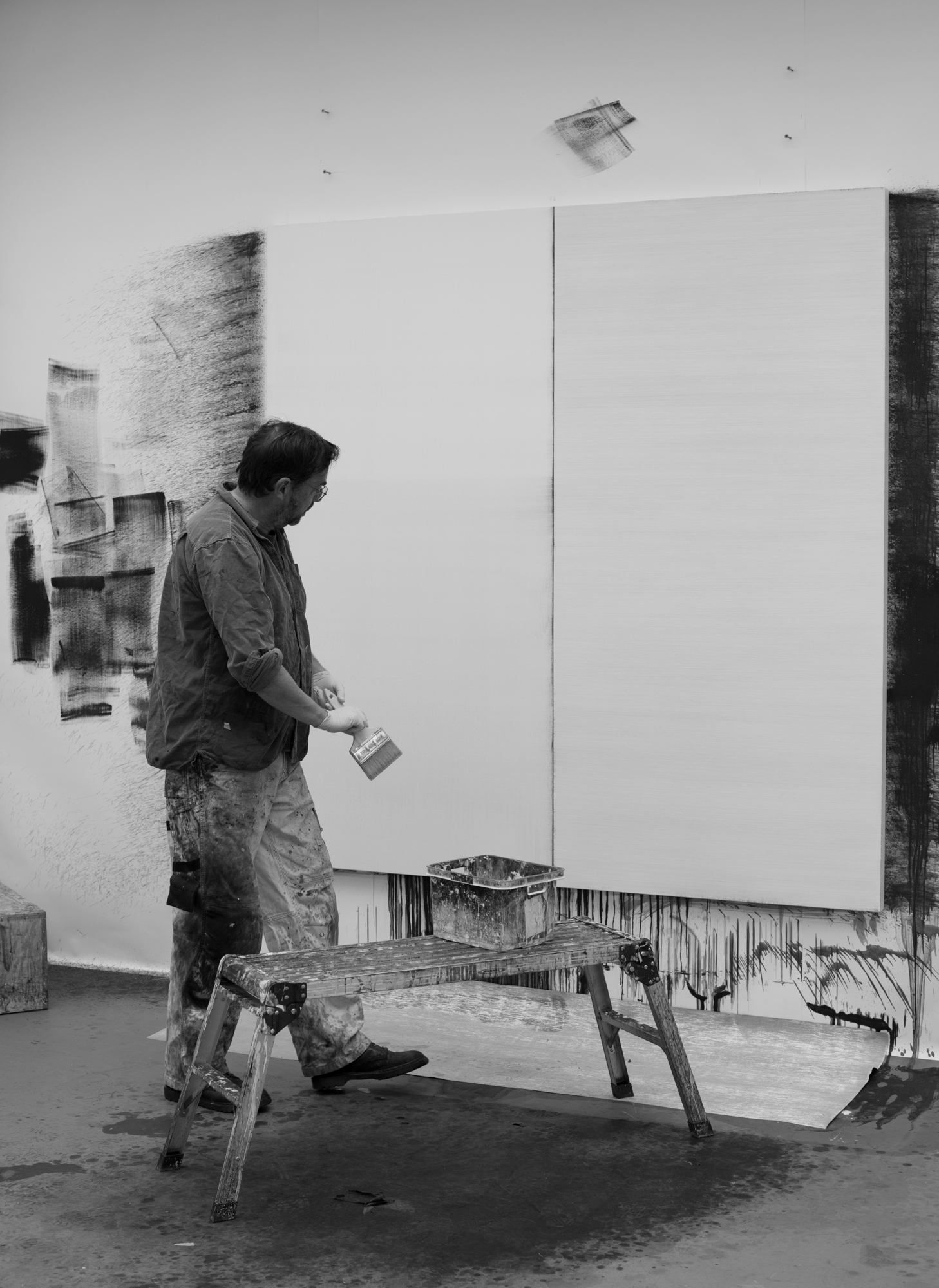 Your art can be found in museums, on the walls of private collectors and in public buildings. Where does it make you feel most proud to see your work and why?

I think that any artist ultimately wants their work to be seen. Who it is seen by doesn’t really matter to me so in that respect it doesn’t matter where it is on display. I do like the fact that there has been a recent renaissance of collectors who collect because of their love of the work, not just those looking to play the market. These collectors generally want to showcase the work and give people access rather than hiding it away. 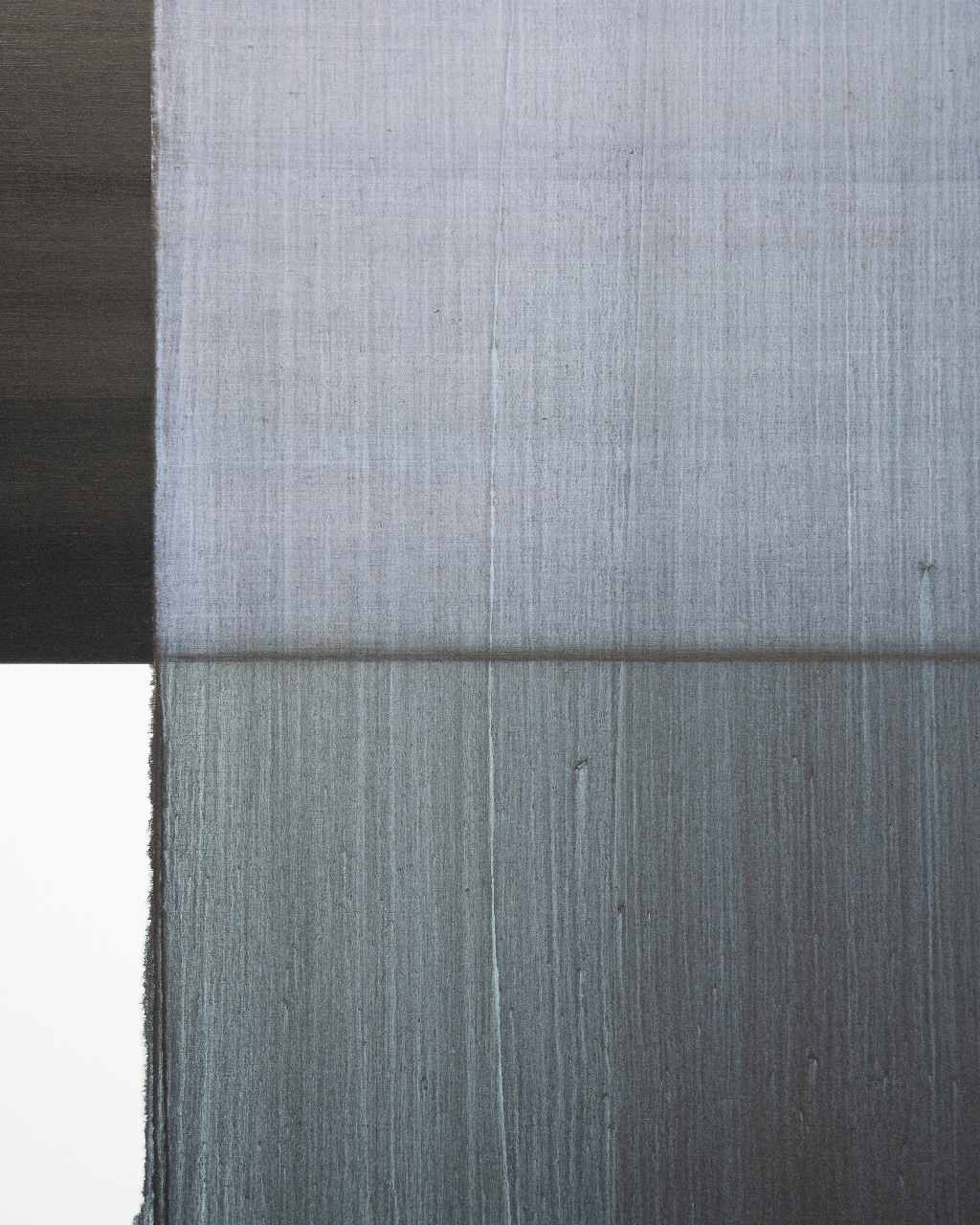 How long does it take you to finish each piece of work?

I only ever work on one piece at a time. There are generally three phases – a two week preparation period, then I start to paint, and once it is finished, I place it behind a wall in the studio. After a few weeks, it will be photographed. At each stage I will edit, even after seeing the painting within the photograph. I don’t think a painting is really formed until it is in the hands of the new owner and placed in its eventual home. Art interacts with the environment it is in so it can take on a completely different meaning whether displayed in someone’s home or in a gallery. 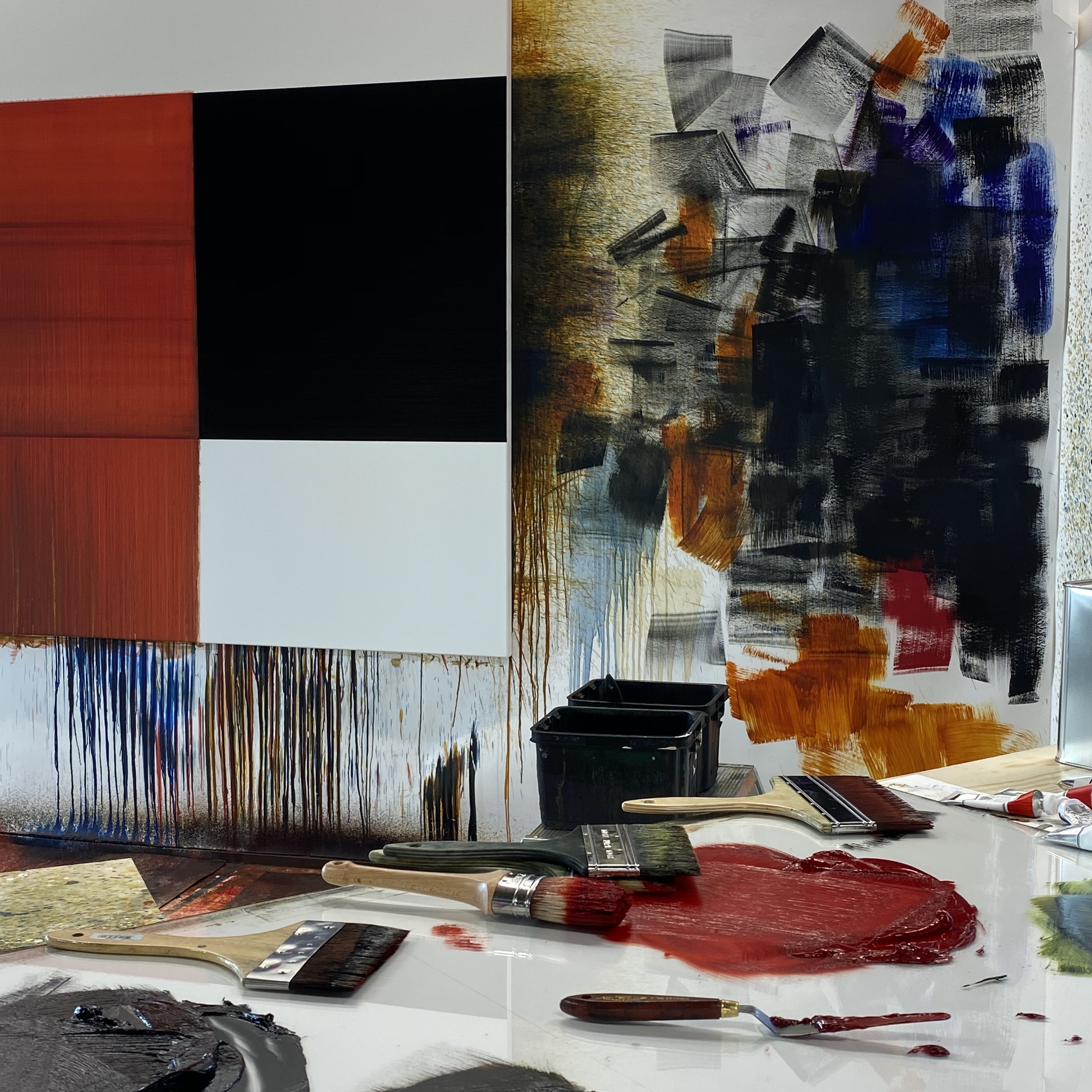 Tell us about the ‘Exposed Painting Oriental Blue – CI 71 2018’ that is on display in NOC.

The technique I have developed over the years is to dissolve paint on the canvas, adding layers, keeping the pigment, then adding another pigment layer. They appear to be minimal and measured. But everything is off kilter – nothing is centred, straight lines are done by hand. It may be surprising to hear but the final pigment on this painting is a red oxide. Look closely and see if you can see it. Something I have developed over the years is to use colours that shouldn’t really go together, but when it works, it elevates to a whole new level. In this case the red oxide activates the blue and transforms the work.

“What pertains to be minimal is created through utter chaos.” 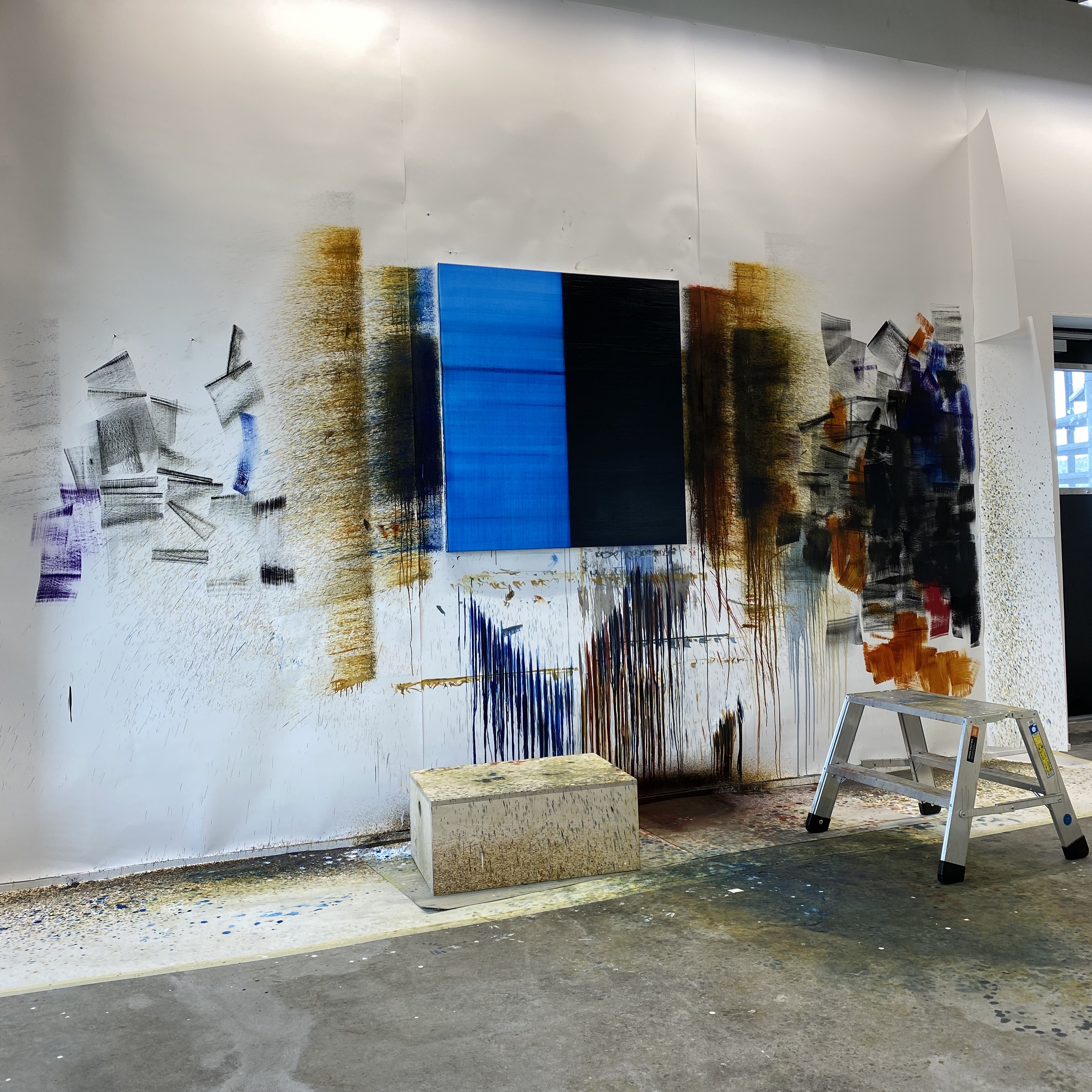 How do you come up with the names for your work?

The names I choose are very matter of fact so that I don’t force my narrative on the audience. This lets them create their own story, allowing a deeper relationship to form between the audience and the work. If I call a painting “The Fjords of Norway” then the experience is fleeting. Allowing the audience to create their own meaning, their own narrative, creates a relationship that will last much longer and change as they spend more time with it. In the example above, ‘Oriental Blue’ is the colour of the main pigment I used, and the code is a unique identifier including the year of creation.

What advice would you give to any young artists who are just starting out?

The best advice I can give is practice, practice, practice. Just like playing the piano, these hands need to work and the more they work, the better they become. My uncle was also an artist and this was the advice he gave me when I told him I was going to art school – draw every day. The second piece of advice I would give is to take your time, consider what you are doing, don’t just do the first thing that comes into your head. I actually taught for many years and the most frustrating thing that happened time and time again was when I gave feedback to a student, went for a coffee and then when I came back they said they had made the changes, exactly as I suggested. 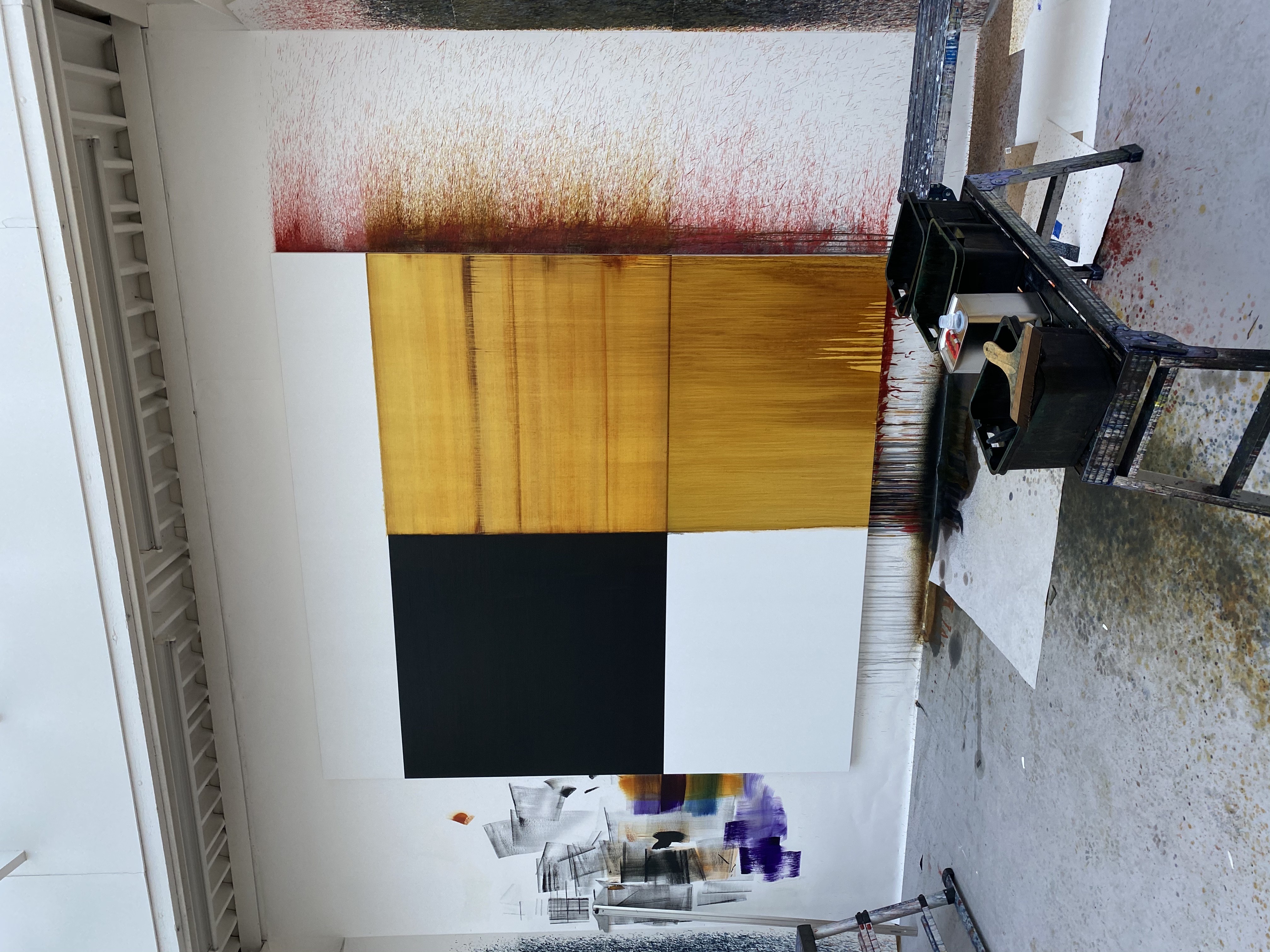 Have you ever been to Hong Kong?

Yes, many times! I actually created a series using this regular, completely inert masking tape that I found while I was visiting. I just stripped them out and layered them like a painting. What I love about this material is that when you look at them from the front you get a black void, but as you walk to the side the light shifts and you can see all sorts of patterns on the canvas. It inspired another series where I used titanium white paint, where the colour changed depending on the time of the day and the level of light that shines on the work. So I have Hong Kong to thank for that inspiration, even though it came from a most unexpected form. 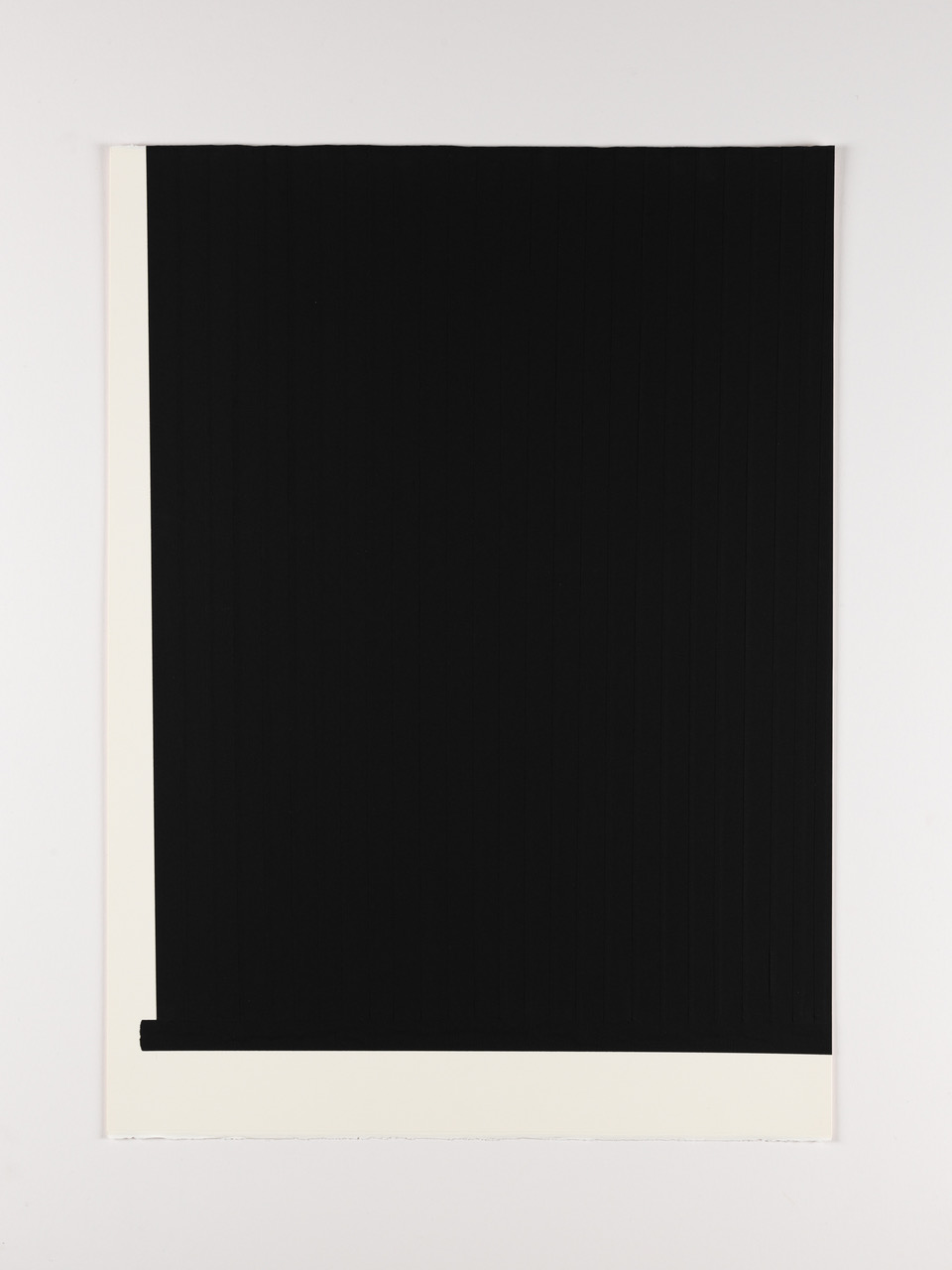 Last, but not least, how do you take your coffee?

In Edinburgh I have a coffee machine so in the morning I drink espresso. While I work in my Oslo studio I grind freshly roasted beans to use in my French Press. My girlfriend drinks Nespresso but I try to avoid that as much as possible.

Oh no! Well, we’ll most certainly send you some NOC beans to try and convert her to the good stuff. Thanks Callum!