Brewing is the final stage of the coffee making process. It’s the part where you finally extract those delicious flavour notes and aromas out of the roasted and ground beans to make the drink we all love so much. Amongst all traditional brewing equipment, AeroPress is perhaps the biggest game changer: it is the most affordable and accessible coffee maker that allows us to brew coffee one cup at a time. Since its launch in 2005, AeroPress coffee has gained popularity for its full body and flavour. In fact, Aeropress has become one of the most iconic brewing methods – it even has its very own World AeroPress Championship.

In this week’s Brew Guide, we will provide a starting place for those of you who would like to start brewing your own AeroPress coffee, whether you are at home, at work, or out and about. 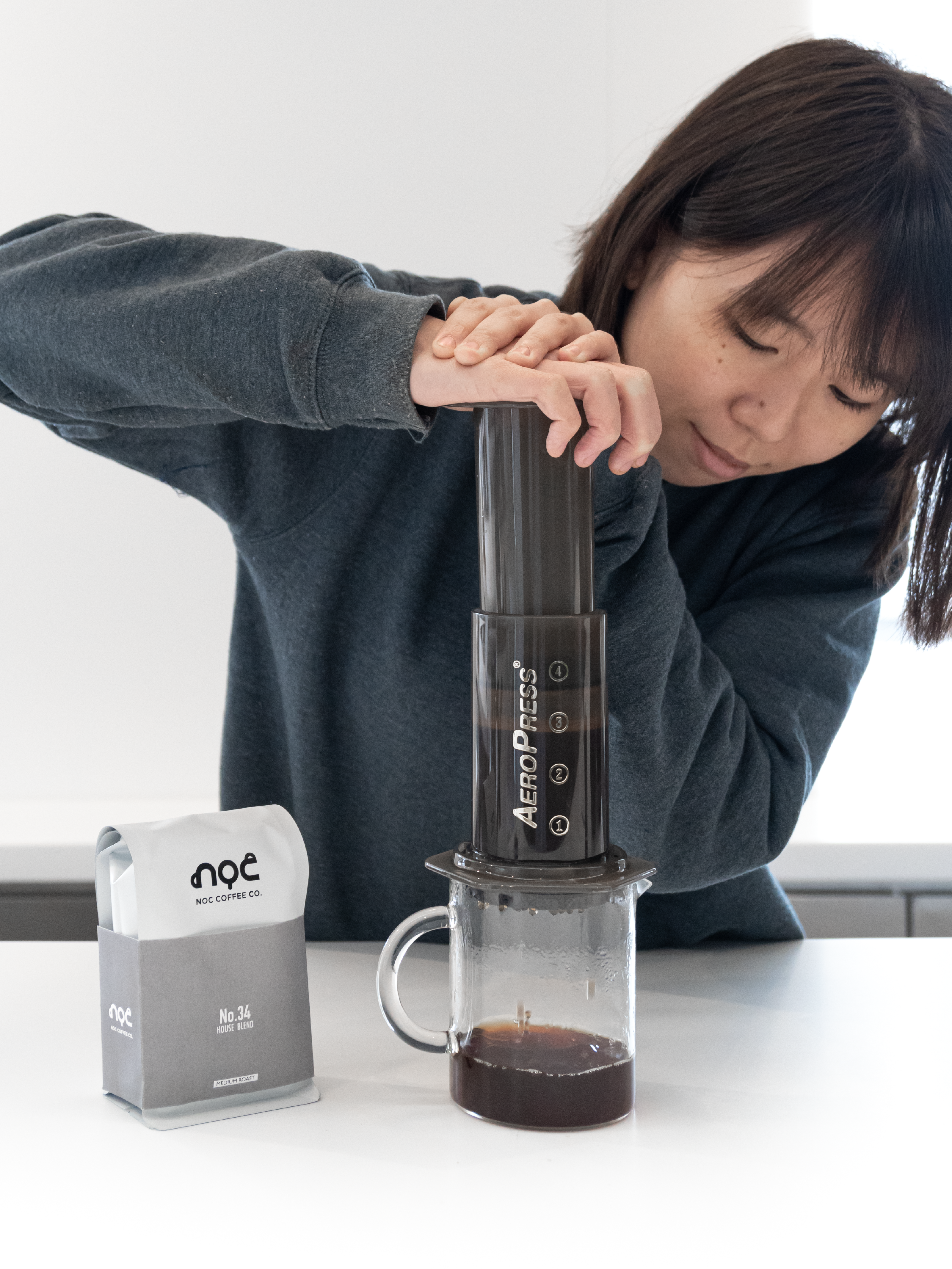 
A few things to pay attention to: 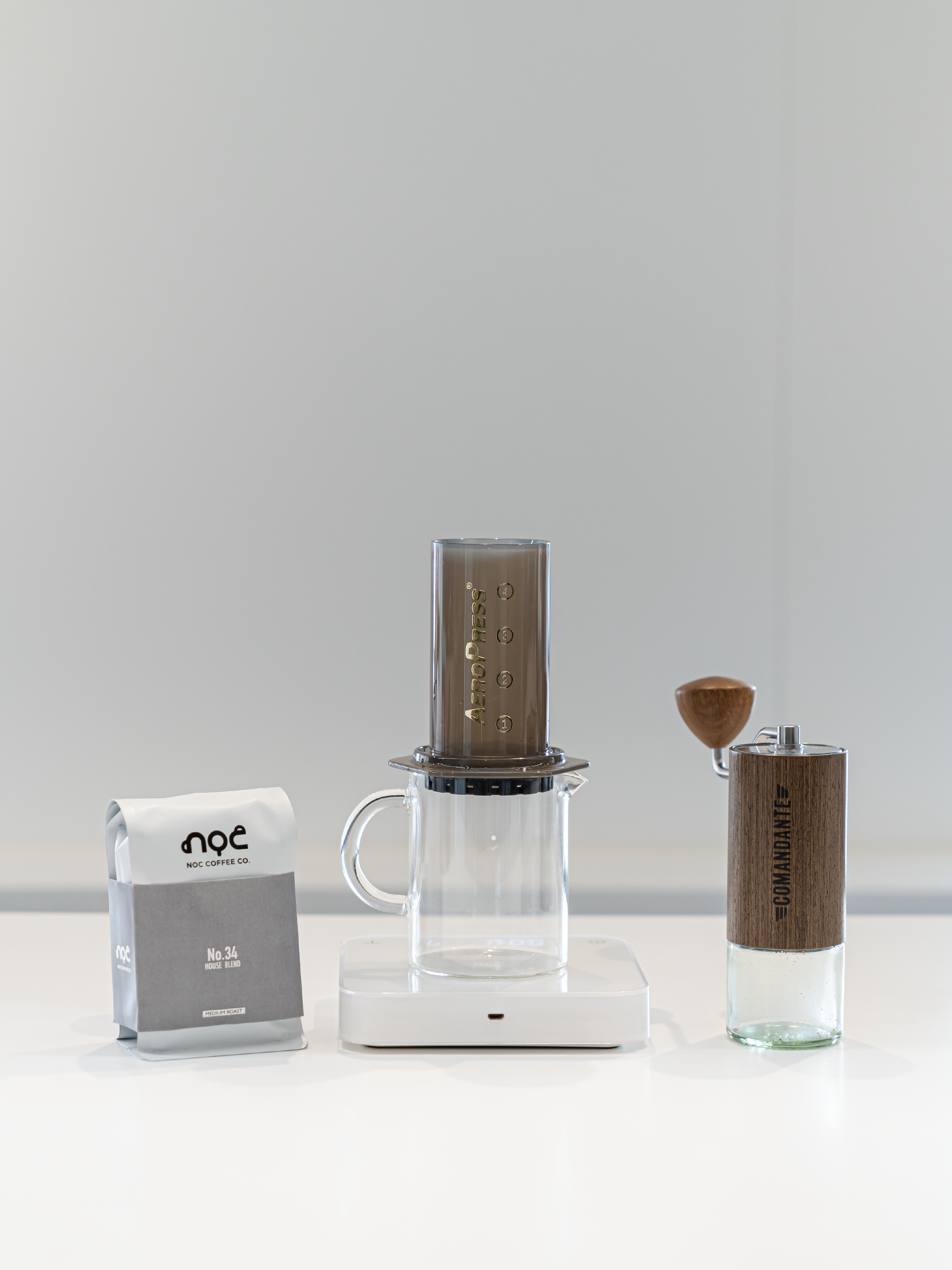 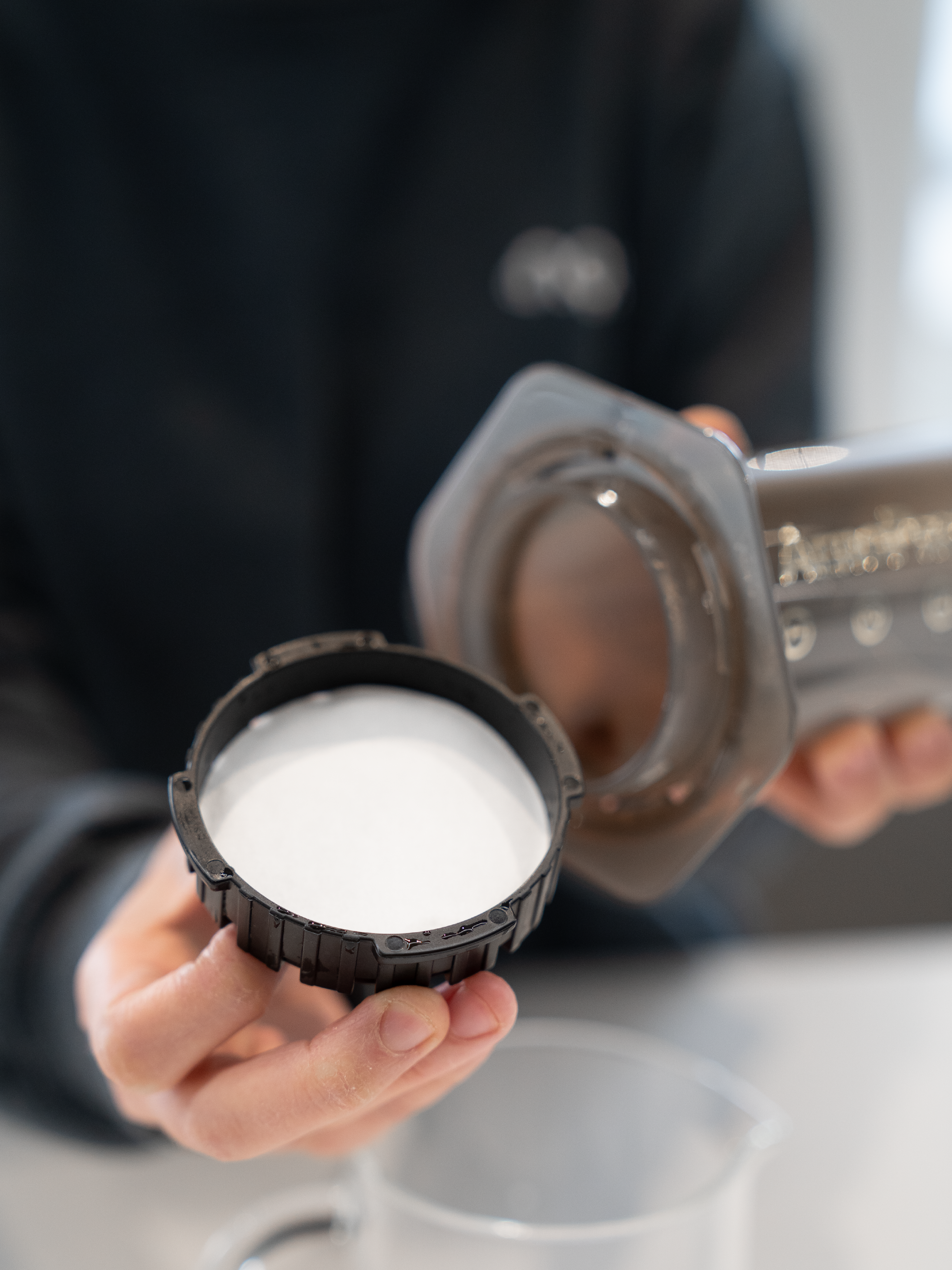 2. Grind coffee to a medium or medium-fine grind. To preserve the flavours, it is best to grind your coffee just seconds before you start brewing. 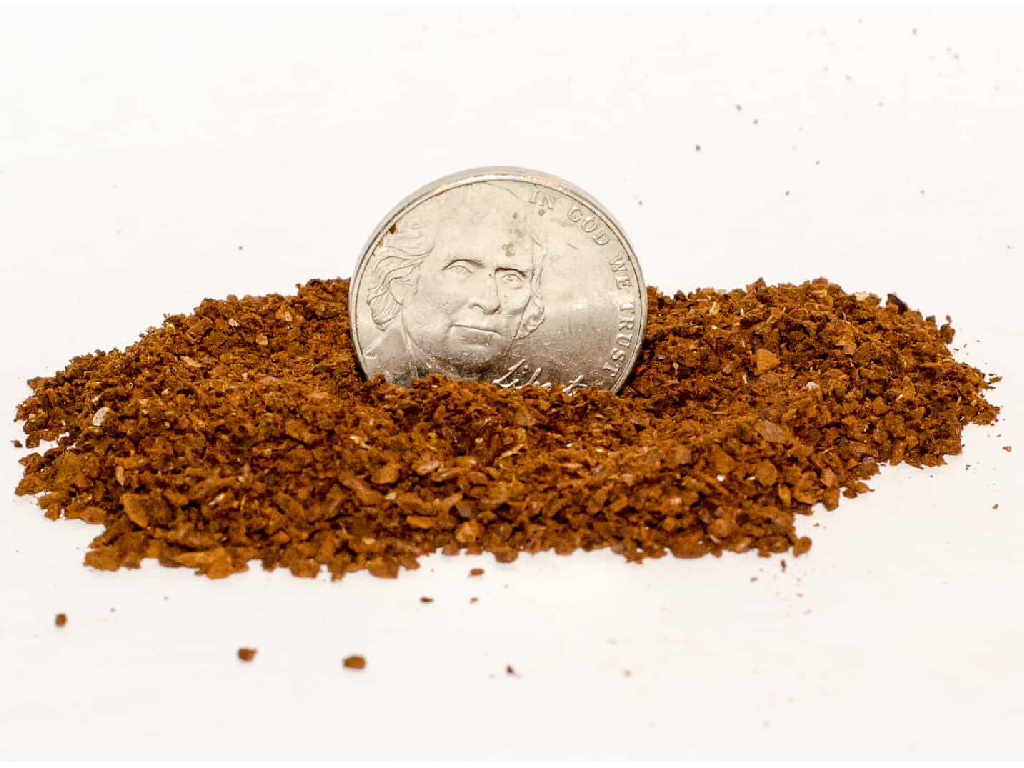 3. Set the chamber and server onto the scale. Pour the ground coffee into the chamber, and shake it slightly to level the coffee. 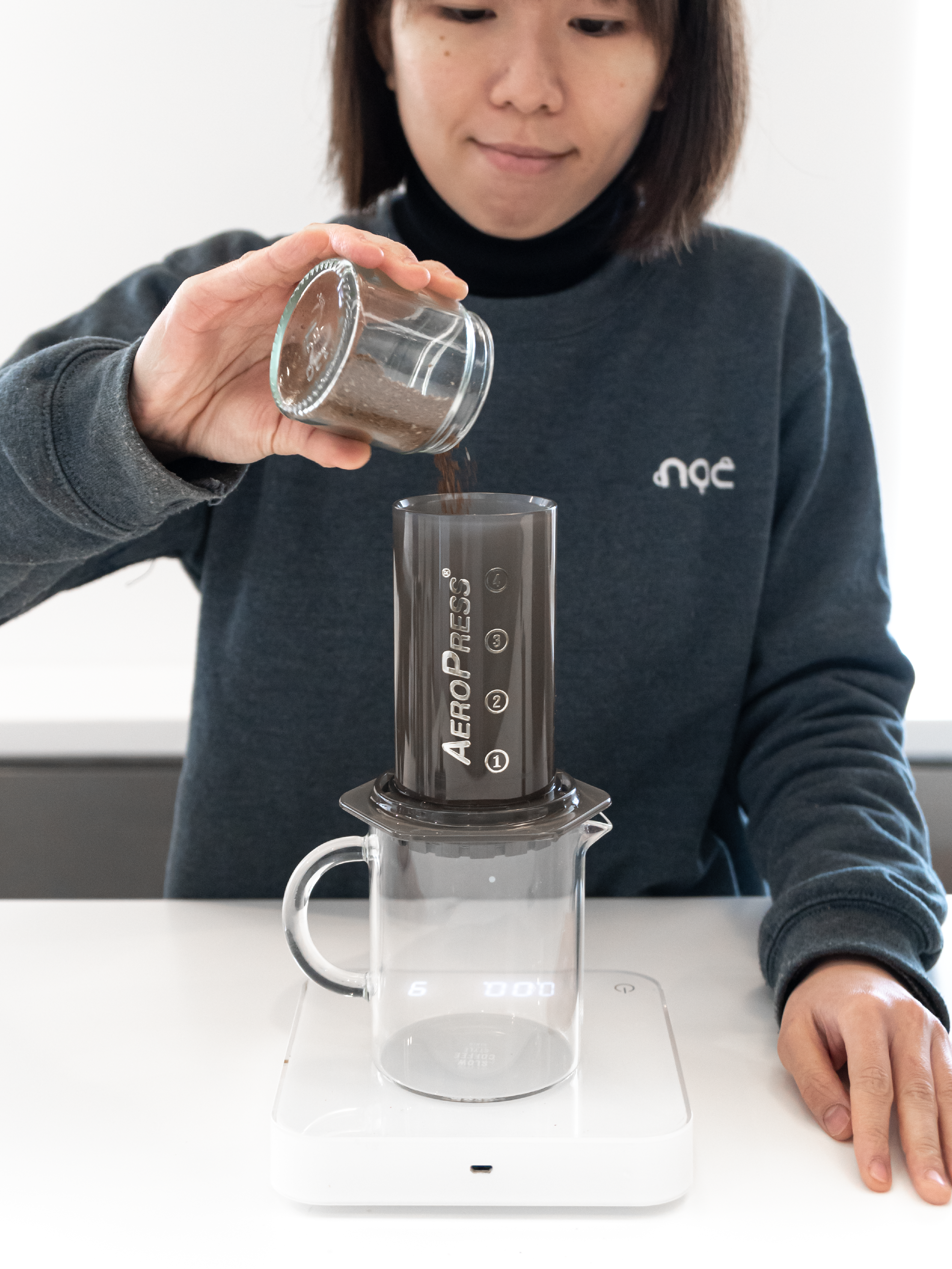 4. Zero your scale. Pour 60g of hot water into the chamber in an outward spiral, starting from the centre, until the water level reaches the number (1). Like yeast, your grind coffee will rise slightly – this is called blooming, a process in which the carbon dioxide escapes from your coffee beans. Let it sit for 30 seconds before stirring clockwise, twice. 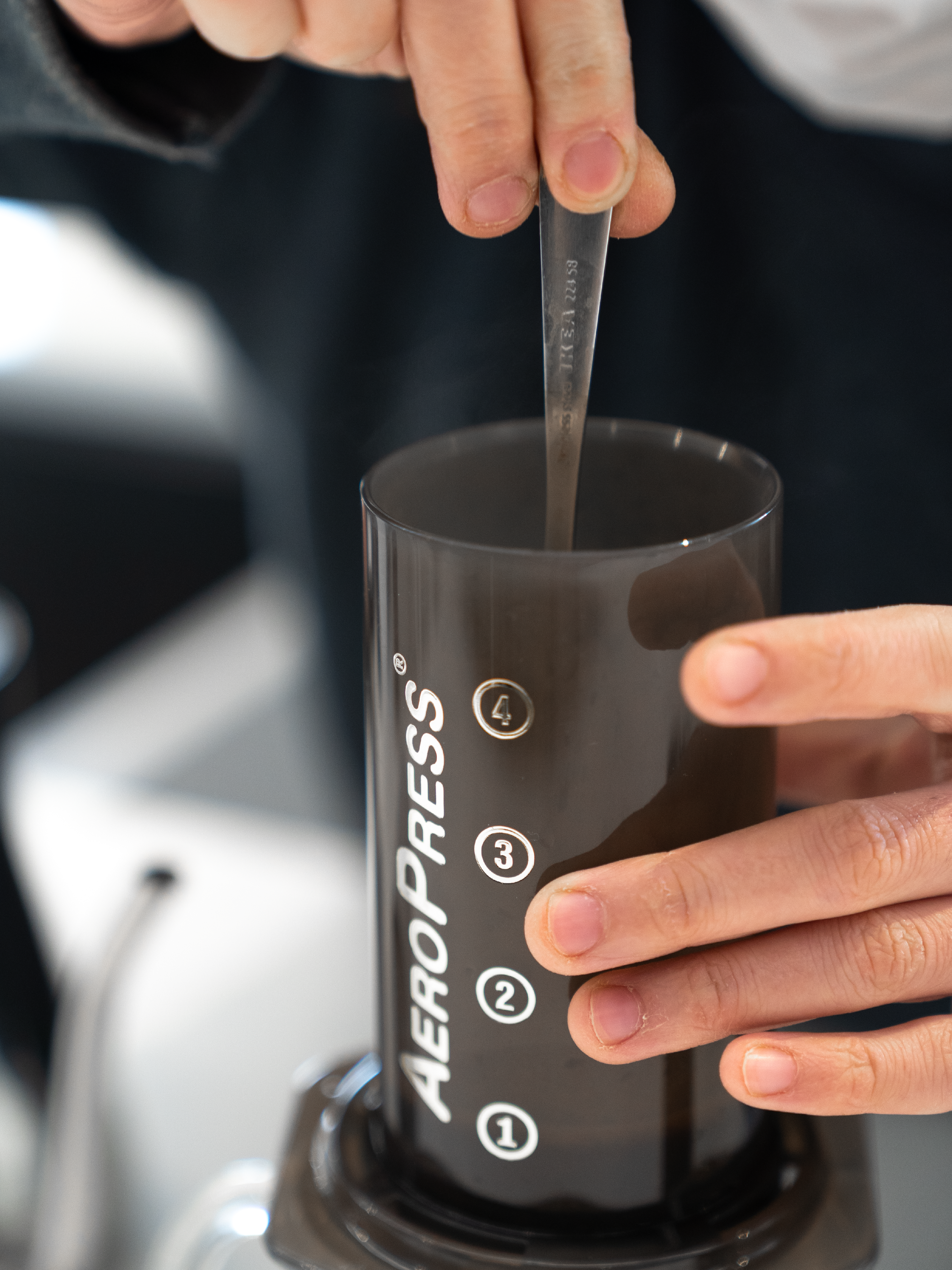 5. Pour an extra 250g of hot water into the chamber, until the water level reaches the number (4). Again, stir clockwise, twice. 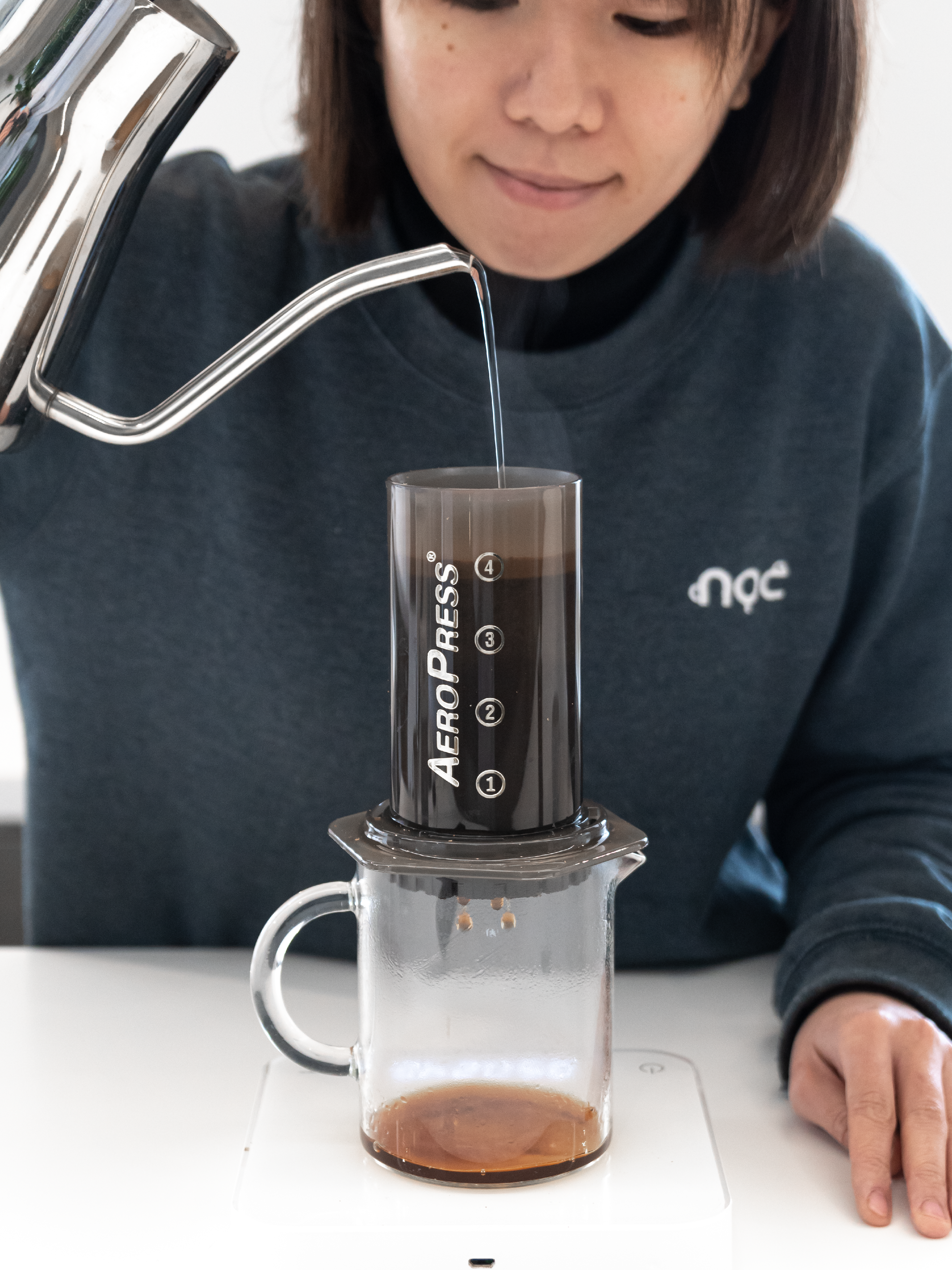 6. Let your coffee sit for 1 minute and 45 seconds, then remove the scale from under your server/mug. Insert plunger and press gently. Finish pressing before the brew time reaches 2 minutes and 10 seconds. 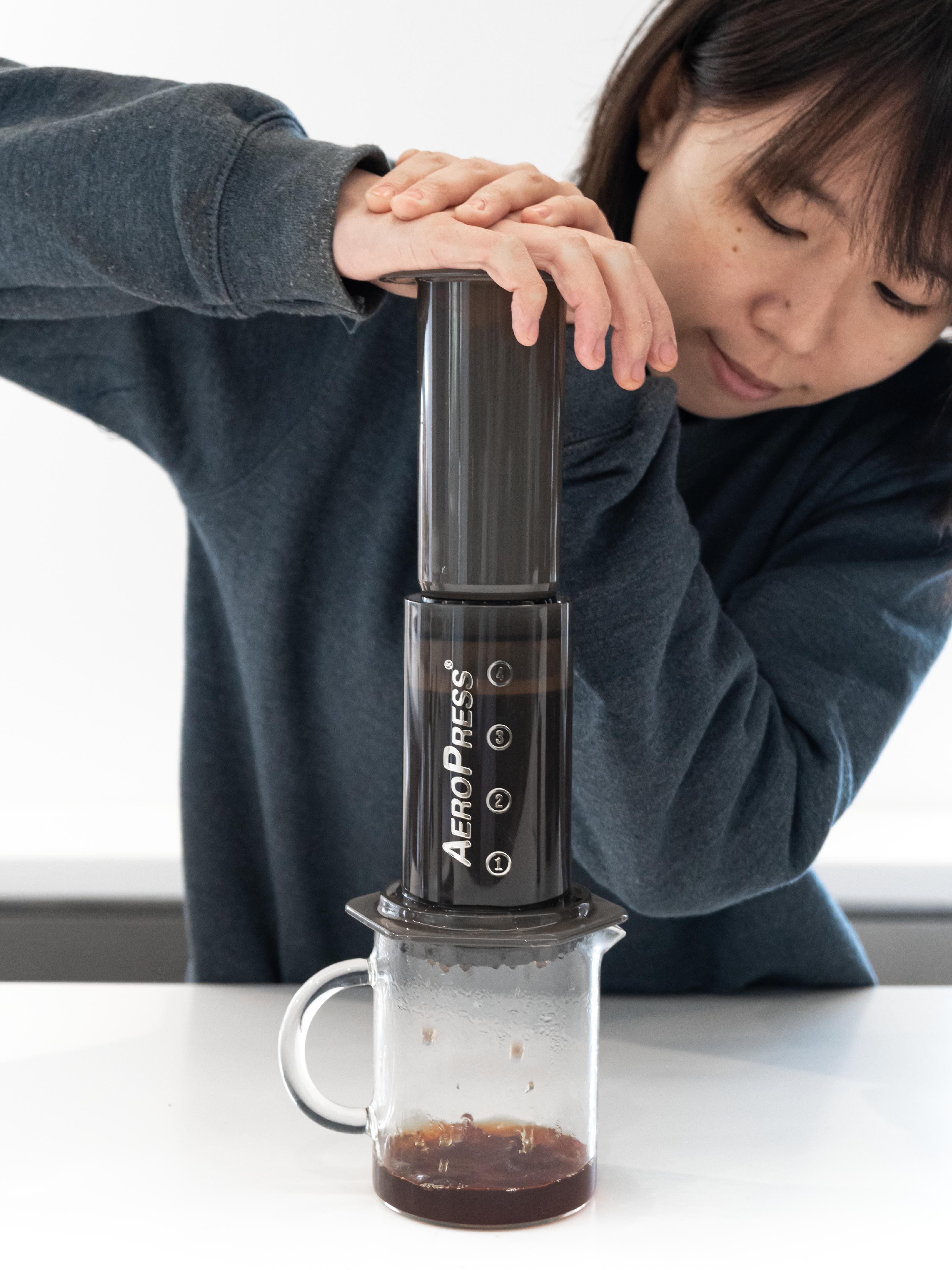 7. Give your coffee a little swirl before serving it. Et voila! 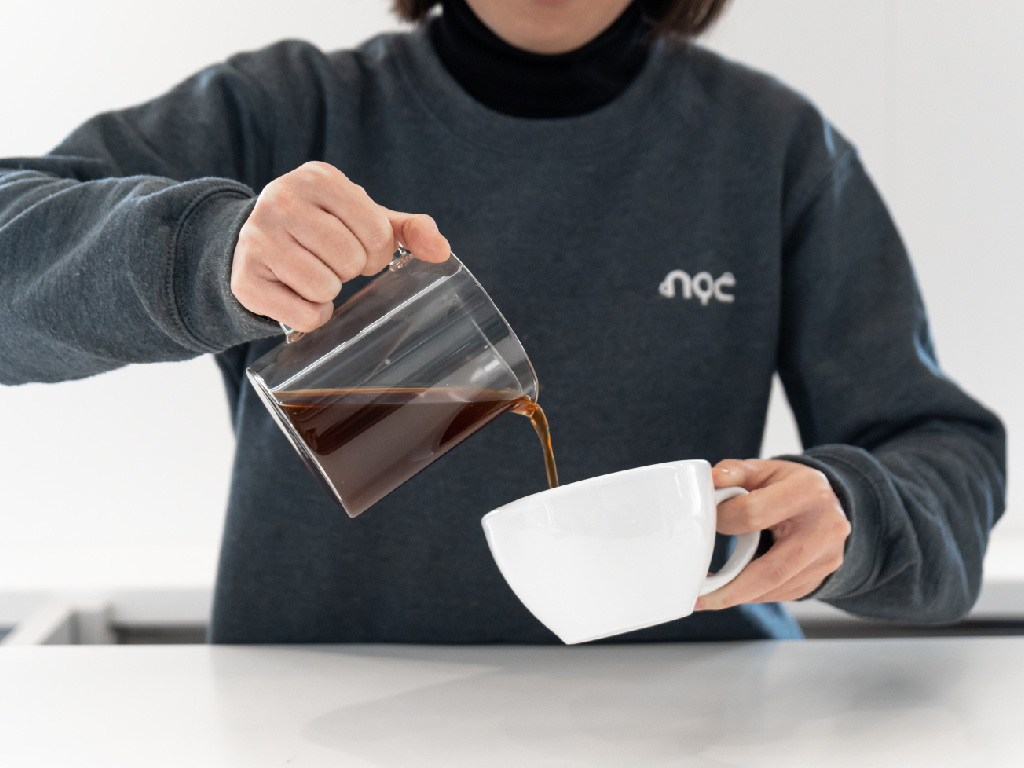 – AeroPress was invented by Stanford professor slash engineer Alan Adler in 2005.
– Aerobie, Alan’s company, was famous in 1980s for creating a whole-new type of frisbee that managed to set new world records
– As a coffee lover, Alan was frustrated with most of the coffee makers of the time, as they mainly yielded 6-8 cups of coffee per brew, meaning he either had to drink up all the coffee, or waste most of it. So he made use of his engineering expertise to build a coffee maker on his own.
– Although professional baristas raised their eyebrows at the coffee maker in the beginning, the Aeropress proved itself worthy of attention by showcasing its versatility and quality in the coffee cup. In 2008, sales of the AeroPress started to grow and the first World Aeropress Championship was held in Oslo.

That’s it for our Brew Guide this week. For those of you who are interested in learning more about other brewing methods, be sure to read our guide on Pourover and Cold Brew. Happy brewing!

A Day in the Life of a Coffee Roasting Team